Sanjay Leela Bhansali is known for his grand opulence, for his larger-than-life costumes and locations, and for his unique portrayal of love stories. Which is why it’s no wonder that people anticipate his movies with bated breaths! People have been waiting to see the looks of Deepika and Ranveer in Ramleela, and today the makers released two EXCLUSIVE images. 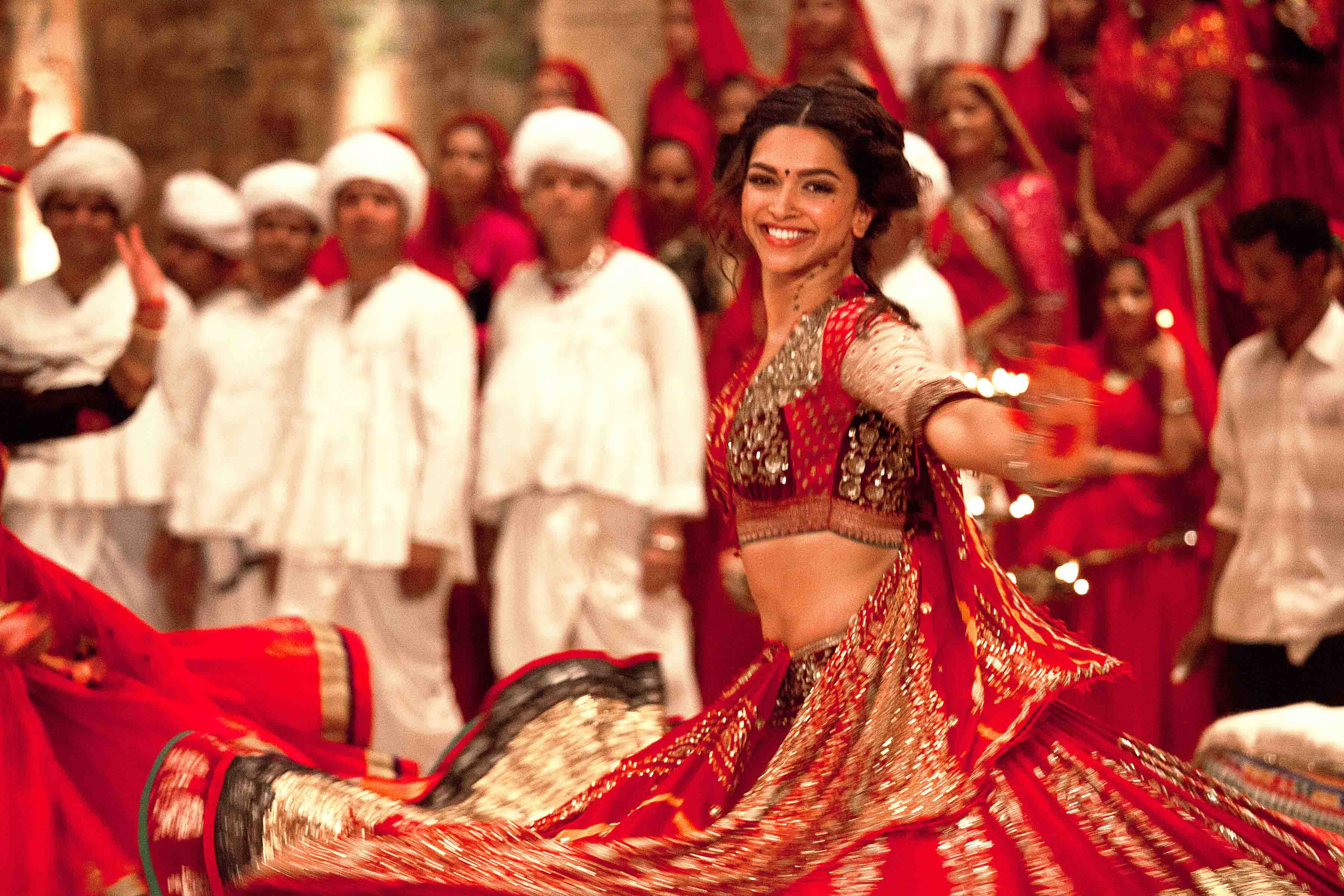 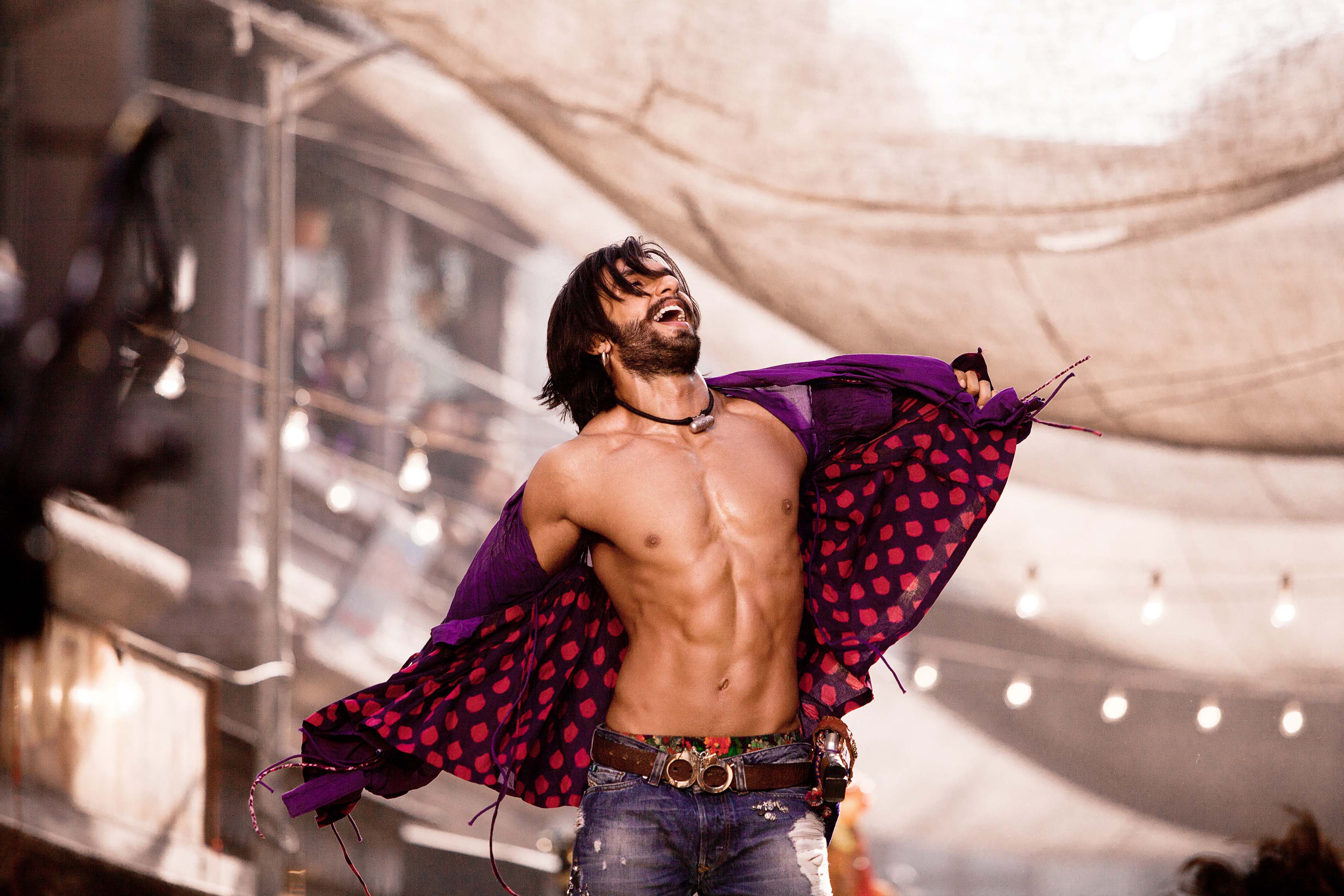 Deepika is seen wearing a traditional red ghagra, dancing away amidst a crowd of people with a smile on her face that exudes happiness! Ranveer Singh’s look too is enthralling and divulges the flamboyant side of his character. He plays the role of ‘Ram’, a local village Romeo, who fights the world to be with his Leela, yet stands by his clan at the cost of his own love. Deepika plays his love interest, ‘Leela’, a beautiful, young and fearless Gujarati belle who sacrifices all for her lover. Set in the picturesque and magnificent backdrop of Gujarat, the film tells the captivating love story of ‘Ram’ & ‘Leela’.