Did you read the title and thought to yourself what’s this all about? Well it’s a comedy where Election and Legally Blonde meets the world of Indian-American beauty pageants! A team of actors and writers have put together a fun yet interesting film which they are ready to shoot and it’s all about South Asian experiencing the life of Indian American Beauty Pageants.

What’s the film about?

LILY PRASAD is a winner! She’s graduating from her Orange County high school at the top of her class, filled with big dreams of her future successes. But then her boyfriend leaves her for RESHMA MATHUR, the current Miss India America beauty queen. Determined not to be defeated in anything, Lily sets out to become the new MISS INDIA AMERICA! Along the way she will learn that you don’t always win when you win and sometimes there is more to gain when you lose.

MISS INDIA AMERICA tells the story of eighteen year-old, LILY PRASAD. Lily plans on two things; becoming a brain surgeon and marrying her high school sweetheart. But when her boyfriend runs off with the reigning Miss India-America beauty queen, she figures the only way to get him back is for her to become the next Miss India-America!

The film touches on many relevant themes but especially focuses on the concept of ambition and what it means to win in our community and at large. This is both a South Asian story, and an American story with universal appeal.

HANNAH SIMONE: Currently one of the lead stars on Fox’s smash hit TV series “New Girl”.  She is our newest addition to the cast and has a hilarious and nuanced role as the main competition for Lilly.  Hannah will be executive producing in addition to bringing her many talents to the screen!

RIZWAN MANJI: Known for his hilarious role on NBC’s “Outsourced”, Riz will have a fun supporting role in MISS INDIA AMERICA, bringing his comedic talents to the story.  Riz has been in a number of high profile films and TV shows, including the upcoming Martin Scorsese film “The Wolf of Wall Street” alongside Leonardo DiCaprio.

MEERA SIMHAN: Meera, besides being the writer of the film, the creative producer, and one of its core creators, will play the key role of Lilly’s mother in the film.  Meera has been acting on stage, in film and on TV for twenty years.  She was most recently seen on Fox’s “New Girl”, as well as “Anger Management” on the FX Network. 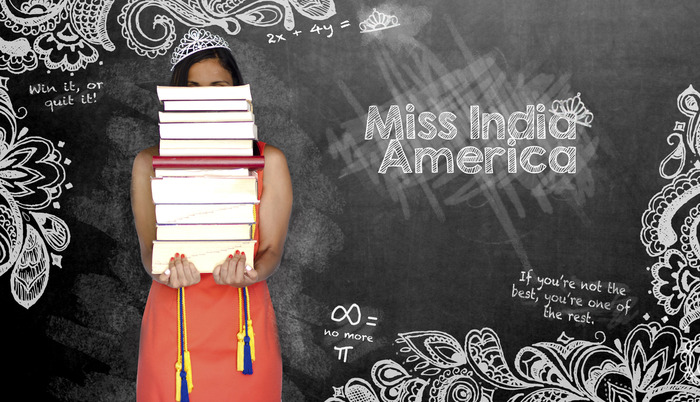 The whole team has also created a “Kicstarter” page where people are able to help create this film. To check out all about the film and the people behind it click here!

Be sure to help and support the project! We have!