Dia Mirza and Sahil Sangha have signed Vidya Balan for their forthcoming feature Bobby Jasoos, to be produced under their banner Born Free Entertainment. Vidya Balan plays the lead in a story that marks the arrival of India’s first Lady Detective! Dia and Sahil last produced ‘Love Breakups Zindagi’.

“I found the idea of a lady detective irresistible as I did the title Bobby Jasoos.” “I’ve known Dia and Sahil for many years, they’re lovely people and one can sense that this will be their shared labor of love. That’s the kind of Producers everyone hopes to have. The final clincher was the script by Sanyuktha Chawla and Director Samar Shaikh who I’m really looking forward to working with.” says Vidya Balan

“I’m thrilled to welcome Vidya into the Born Free family,” she says. “The script of Bobby Jasoos bears testimony to the fact that being patient and investing in good stories usually reaps good dividends.”

“Bobby Jasoos is the first of three scripts that Born Free has been working on. It’s energy is palpable and quite honestly has your attention from the word go!!! I’m confident that our next big announcement will follow soon given that our focus has been on developing pure and entertaining content that caters to a universal audience. Fingers crossed:)” 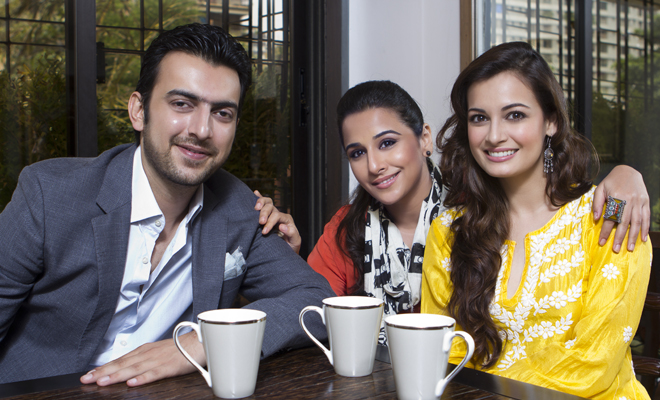 Born Free is happy to be again working with many of the people they associated with in their first production however Dia and Sahil will miss Zayed as he will not be continuing his association as co-producer as he would like to pursue his acting career and has responsibilities towards his father’s production house because of which he will not be able to depute time for this.

The film commences shooting mid-November this year and will be ready for a summer 2014 release. This sounds really exciting!