Two generations of the iconic Kapoor acting dynasty were in the UK on Thursday, 19th September 2013 for the official launch of their new family entertainer film ‘Besharam’, which releases on 2nd October 2013 through Reliance Entertainment. 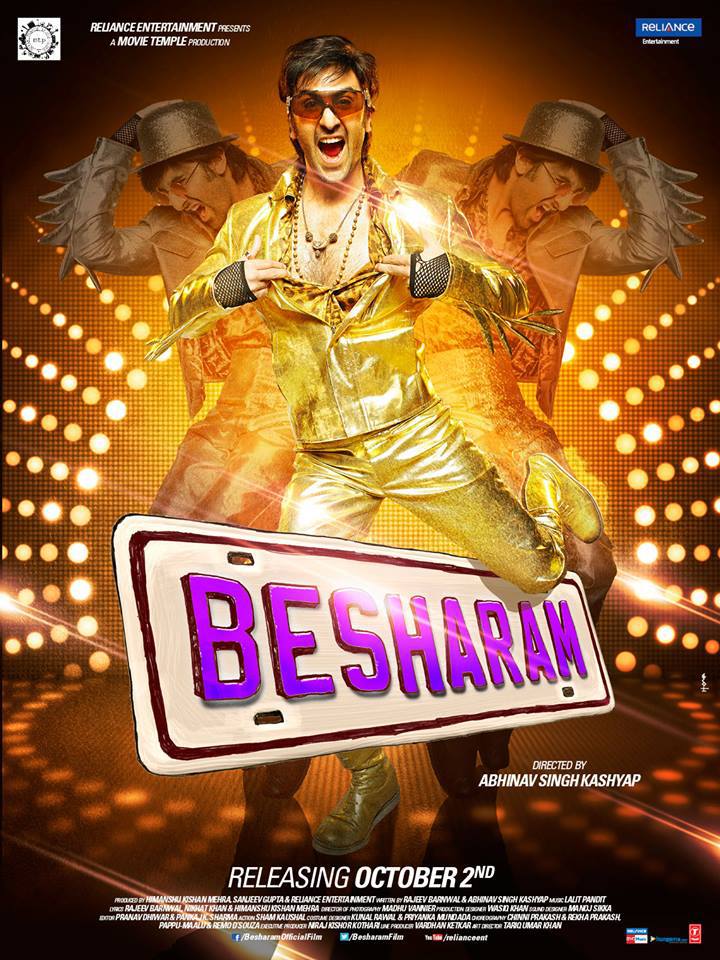 A co-production between Movie Temple and Reliance Entertainment, hearthrob son and Indian Cinema’s iconic leading man Ranbir Kapoor was joined by his famous real-life parents Rishi Kapoor and Neetu Kapoor as the ‘Kapoor Kandan’ came together for a fun and candid press conference. Besharam marks the first time that all three Kapoor family members have acted together on the big screen. The media had treated the Kapoor Family with such a special grand welcome from the man himself Ranbir  said,

‘I am delighted to be here in the UK. This visit is even more special this time as I finally have my parents with me. Besharam is very much a family entertainer, so it is fitting that I should come with my father and mother.’

The floor was then opened up for a lively question and answer session. With the interest garnered by the fact that the Kapoor clan have acted together for the first time, the media asked the trio questions about, How it felt to act together? to which Ranbir responded,

‘It feels great. Both my parents are an inspiration to me. My father and mother are fabulous actors and my father has been passionate about his craft for over 40 years. I have learnt so much from both of them. 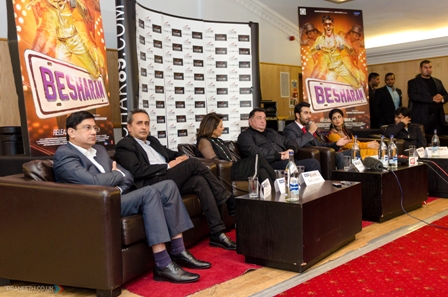 ‘For me, I took on this role in Besharam for two reasons. Firstly, it was a very unique script and concept, and secondly I could act with my family. It was nice, it felt secure and I was in my comfort zone.

Attention then turned to beautiful leading lady Pallavi Sharda. The Indo-Australian actress spoke of her association with the Bollywood industry and of how Bollywood is perceived by the Indian community in Australia.

‘When I was growing up I was fascinated by Bollywood. I used to wear a Bindi on my forehead whenever I went out. I love Bollywood; it formed a big part of my identity when I was growing up in Australia. Australian Indians really identify with Bollywood as it acts as a way for them to connect with their roots. Indian Cinema is increasingly more cross-over nowadays in the type of films that are being made. 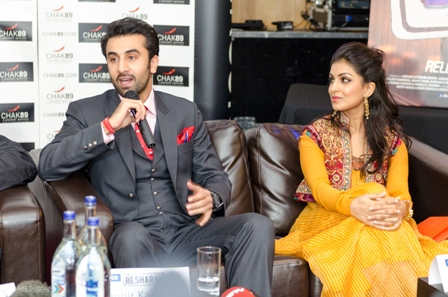 When asked about the key messaging behind Besharam, Ranbir Kapoor said:

‘Beshram is not about embarrassing anybody. Besharam is an attitude. It’s about listening and following your heart.

Speaking about the evolving of the Indian film market,Rishi Kapoor said:

‘We are evolving by each film. We are making technically better films. Few films offer a message to society.’ 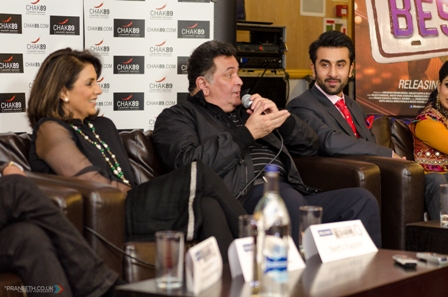 Be sure to catch this upcoming amazing fablous movie Besharam  which stars the Kapoor Family and the most beautiful Pallavi Sharda on October 2nd ,2013.