The French are known to be romantics, and the singing sensation Abbas Hasan is no exception!  He’s risen quickly in popularity and seems to be everywhere lately!  From performing at the Times of India Film Awards in Vancouver to being photographed at Elton John’s party in London, the young star seems to be making waves everywhere he sets foot.

Abbas, who recently became an ambassador for the edgy New York luxury watch and lifestyle brand Nooka, set rumors flying when he was snapped in London with the face of L’Oréal, Frieda Pinto (of Slumdog Millionaire fame).  With two cuties being seen together, of course the rumor mill was going to go crazy.  Abbas has announced that he has begun casting for a new video project, and it seems Pinto is in the running! 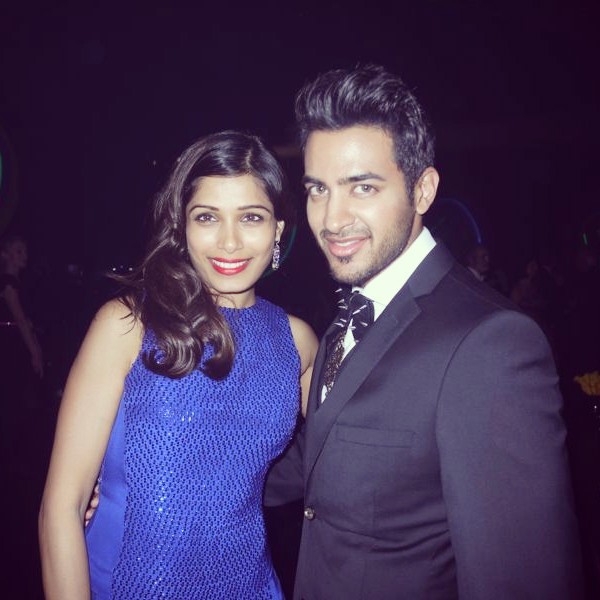 With the enormous success of his new single “Away” featuring his mentor Rishi Rich, the video directed by Adnan Qazi starring glamorous Lux girl Humaima Malick opposite Abbas made its way around the world.

Abbas is said to be planning an even more ambitious project for his next video.  The international star said he was looking at a few options for his leading lady.  One source said that Abbas was seen telling journalists he said he thought Mahira Khan was beautiful, talented, and unique, and that he’d love to work with her. Was Abbas revealing his next leading lady to the press?

The star is also releasing the official summer remix for “Away” by Naamless and an exclusive behind-the-scenes sneak peak of the making of his iconic “Away” video.

“The fans loved the video so much that it was only fair to give them more. The process of making videos is so much fun along with the hard work, so I really wanted to share a taste of that with my Habibis.”

Who do you think will star in the French heartthrob’s new video: Frieda Pinto or Mahira Khan?  Or, is there another leading lady you’d want to see opposite him?