Sonna Rele, singer, writer and musician! She has done it all! Who is Sonna Rele and what is she all about? Well a few weeks ago we sat down with the now “signed” artist of famous record label “Motown” and asked about her work, music, and so much more! Sonna Rele, who is from England has been singing for quite some time now and performing at shows around the world. She has been loved by many and also has touch many hearts across the globe.

Now we aren’t just saying that but it’s a true story as she has touched one persons’ heart which made her sing today. Guess you will have to find out in our UrbanAsian Profile interview! We first told you about Sonna when Grammy recording artist Ne-Yo surprised Sonna Rele by signing her to Motown Records!

To make the occasion memorable, NE-YO – also the Senior Vice President of Artist & Repertoire (A&R) at the recording shop – surprised Sonna by presenting her with the life-altering record deal on stage during his performance at MasterCard’s “Priceless Gig” show which was held March 7 in London, England. NE-YO discovered Sonna, a singer-songwriter and multi-instrumentalist, while perusing her captivating ’MusicMonday’ clips on her Facebook page! 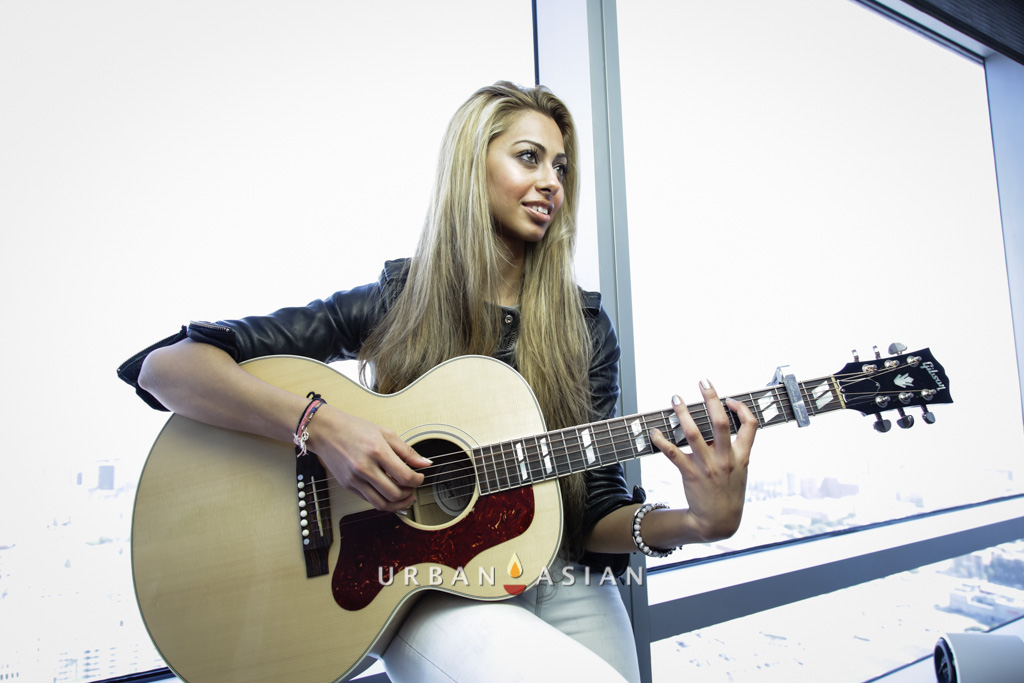 The ‘Closer’ star invited the London-born singer – who he discovered on Facebook – on stage with him at Under the Bridge venue in Chelsea, which has been home to Stevie Wonder, Diana Ross and the Temptations, and offered her an opportunity to join the iconic label.

“There is a quality about Sonna’s voice that lingers in your ears after she performs a song. Her musicianship, which caught my attention via her ‘Music Monday’ videos on Facebook, is refreshing and undeniably authentic.”

“I’m very humbled that a global superstar like NE-YO supports my music wholeheartedly enough to present me with a recording contract with Universal Motown Records. I’ve been working hard for this moment and I’m truly grateful for this opportunity. It’s going to be an amazing journey ahead.”