Shreyas was recently invited to D.G. Ruparel College, where he interacted with the dynamic young adults from the college. After being greeted by the Principal, Shreyas headed straight to meet the students. The actor was taken aback with the screams and the excitement from the students, who spontaneously erupted as he entered the class. A special screening of his Bollywood debut Iqbal. 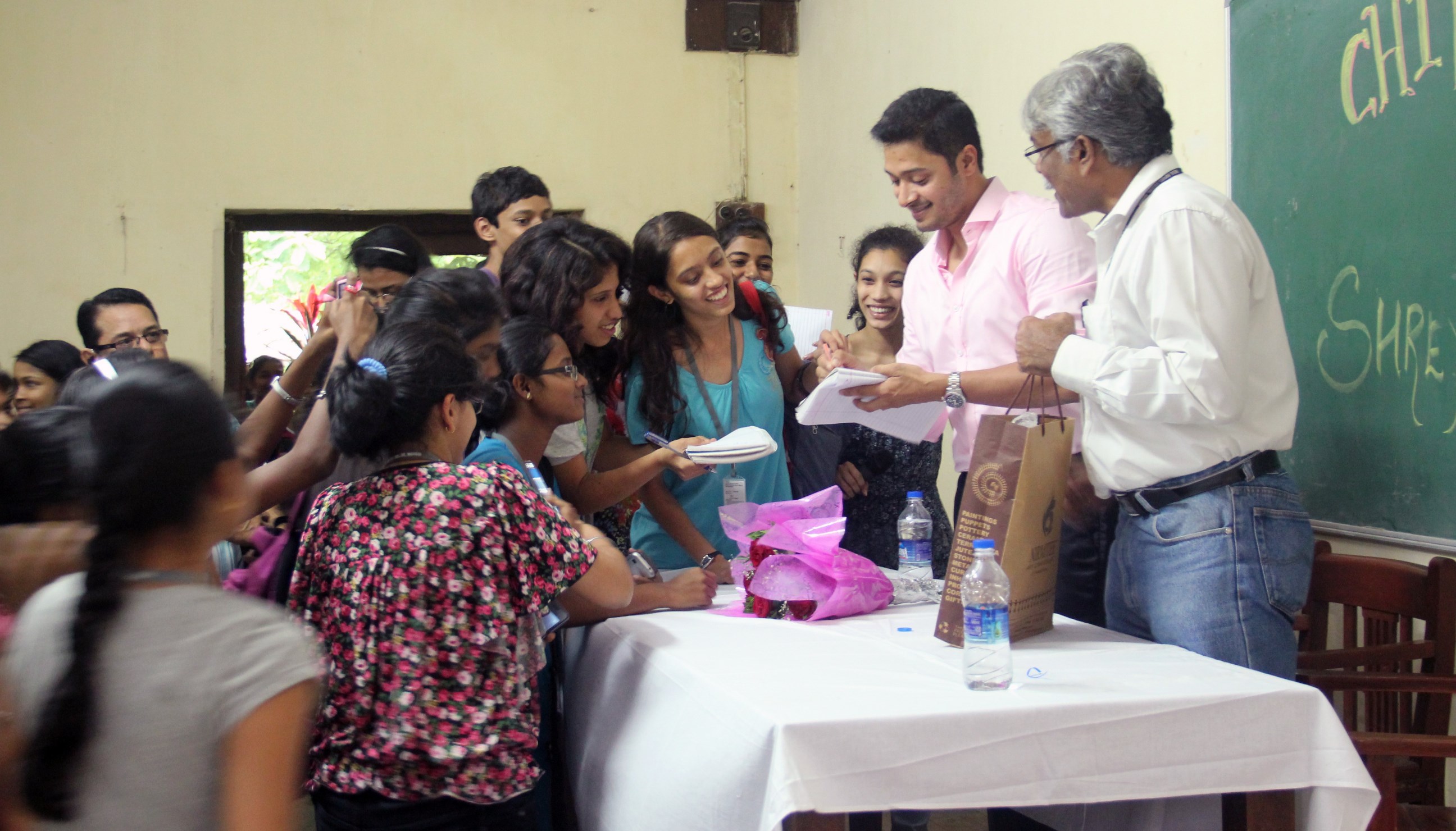 After the screening was over, Shreyas addressed the youngsters telling them about his humble beginnings and the tough but fulfilling journey. While addressing the students Shreyas said

“In the past decade or so I have been part of many projects before and afterIqbal but none moved me the way this film did. People often perceive the film to be about “Cricket” or “ a deaf mute boy”, that is far from the message and the idea of the film. Iqbal is about hope and belief, no more, no less and that is the least, I would like the youngsters to take away from this film, if not more.” 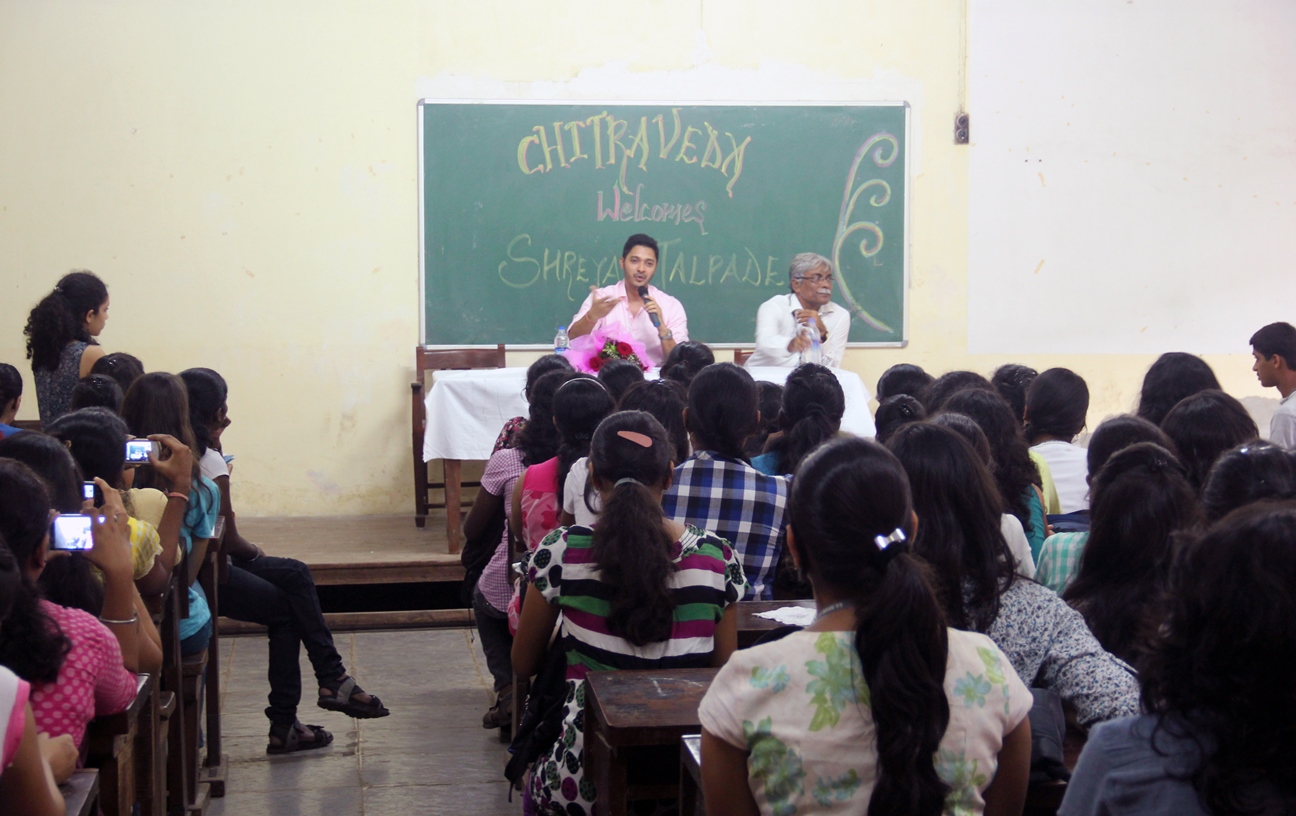 Once the Q&A commenced, it seemed like the enthusiasm of the kids could not be curbed and a whole day would not have been enough for them. 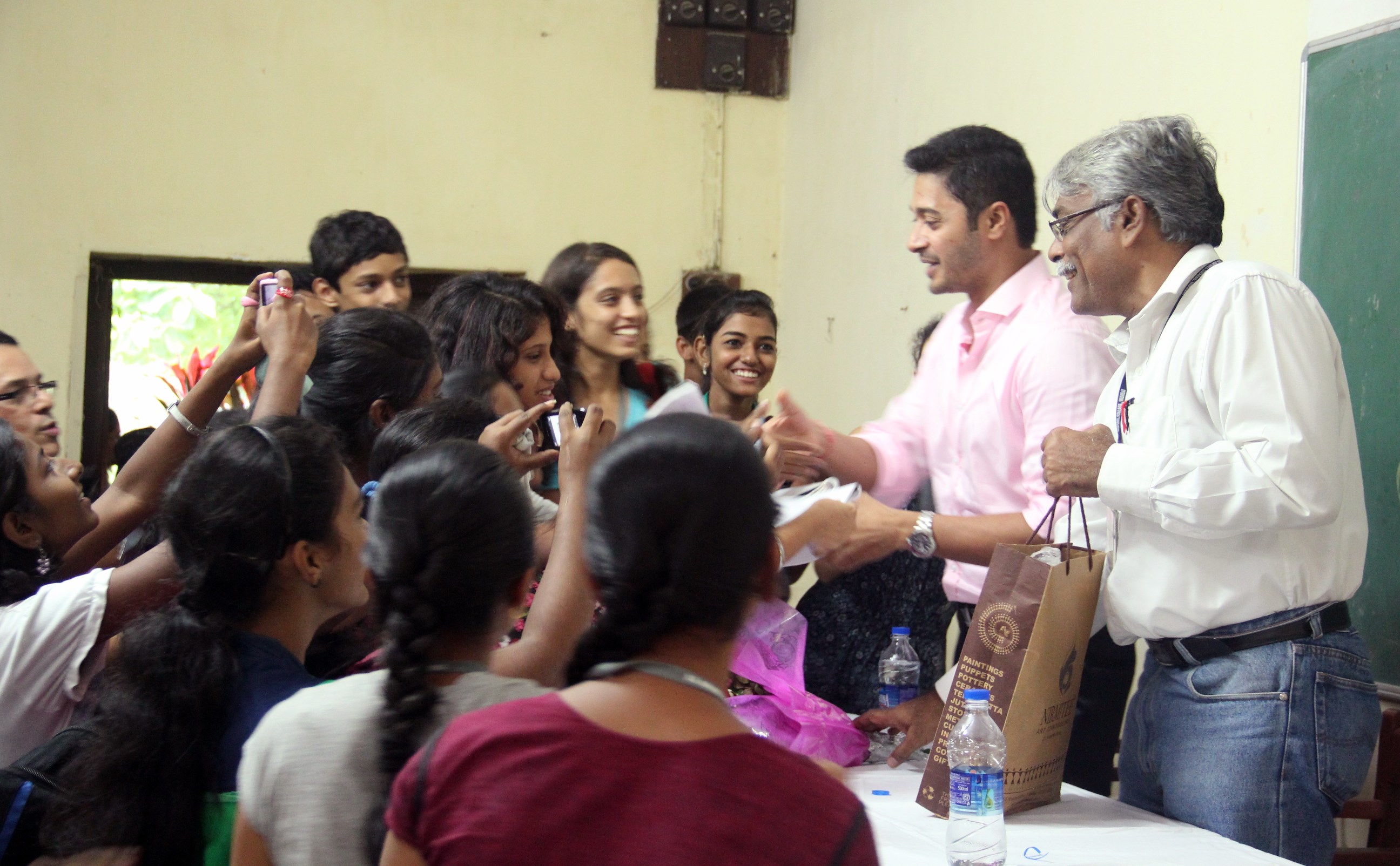 The deaf and mute bowler form Iqbal, is often described as his greatest performance. Trading on the same path again, Shreyas will soon be seen in a great role in his upcoming film Wah Taj. The film is a satire, dealing with one man’s fighting with the establishment on a lighter note.