Sanjai Mishra donned the hat of a soldier for India’s first war comedy War Chhod Na Yaar. On the first day of shoot before the first shot, Mishra was in the costume of a soldier and did not speak to anyone. He just roamed in the desert trying to get into the skin of his character. Everyone thought Mishra is a serious person on the sets and keeps to himself.

However, as soon as he finished his shot, the entire set started applauding and gave Mishra a standing ovation for his performance and comic timing. Mishra then mingled with everyone on the sets. War Chhod Na Yaar was shot in authentic locations in Rajasthan and they had some villagers on the set who had come to see the shoot. Sanjai Mishra became friendly even with the villagers and he became the source of laughter on the set. 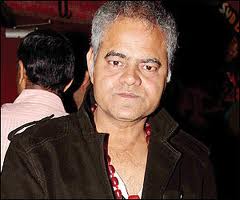 “Everyone loved talking to Sanjai Mishra because he always kept our spirits up and made the entire set feel like one big family. When he shot his last scene and was about to leave, we all got very emotional and wished he stayed longer. I am sure his perfect comic timing will have the audience in splits while watching the movie.”

The film has Sharman Joshi, Soha Ali Khan and Jaaved Jaaferi in lead roles. The movie is produced by AOPL Entertainment Pvt Ltd, which has successfully completed 3 movies in South India and is now entering Bollywood with War Chhod Na Yaar.