The talented actress Feryna Wazheir will soon be taking time out of her busy schedule in Bollywood to return home to start filming of a brand new British film, Between Weathers.

Feryna, who recently graced the red carpet as brand ambassador for the London Indian Film Festival, has been signed up as part of the ensemble cast in this exciting project to be shot in the remote and picturesque Shetland Islands. Although Feryna is steadily expanding her repertoire in Bollywood, she is about to explore her full range of acting credentials in the new British project, in which she draws on her British Asian heritage. Her role in Between Weathers marks her return to her roots, as the talented actress was born and grew up in Scotland. 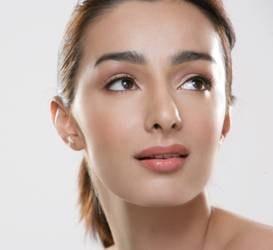 Commenting on her role in the film, Feryna says:

‘I am excited to go to the Shetlands for the film. I hear it is quite an adventure just to get there! Between Weathers is a highly original plot and I can’t wait to start working on it.’

The film, directed by Jim Brown, who made Countdown, 90 Days in Hollywood and co-produced by renowned photojournalist Ron McMillan, is based in the charming but fictitious island Fustra, featured in the film as part of the scenic Shetland Islands. The magical backdrop for the film facilitates the modern day David and Goliath story. The plot sees the locals of Fustra fighting for their beloved land against a corporate giant who desperately wants to turn Fustra into a luxury island. The filming is set to start early next year. Feryna plays a young Indian girl who, together with her brother, become the islands first residents of Indian heritage. They soon experience the highs and lows of living in a foreign land which requires much soul-searching and re-evaluating their personal beliefs.

‘I am delighted that Feryna has agreed to play the part of Meena in my upcoming film. She really is a prodigious talent and I am so excited to be working with her.’

Feryna also has had a busy 2013 signing several deals which will see her returning to the silver screen with full force; after her role as brand ambassador for LIFF earlier this year, she also signed a two-movie deal with Indian cinema label, iRock. The films will be due for completion in 2014! Be sure to keep an eye out on this upcoming film!