Some girls may dream of making it in the world of modeling and fashion.  Still, others dream to make it in the world of music.  Meet  Samira Sidhu, who is keen on making a name in both arenas!  She wants to make her dream of being a fashion superstar and musician come true, and is on the path to do so.  The London beauty has reached the finals of the Miss Teen Great Britain competition, and at the same time, she has launched her career as a pop star!

The Miss Teen Great Britain Beauty Pageant sees girls from across the country fighting to be crowned with the esteemed title.  The glamorous 18 year-old has already beaten hundreds of hopefuls to reach the last round of the competition.  Samira successfully took the title of Miss Teen Greater London last month!  Of note is the fact that Samira is the only Asian participant to be selected for the finals! 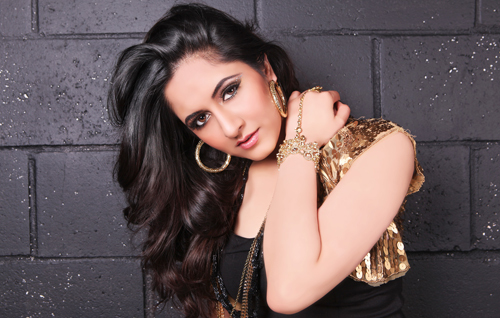 Samira is not just a pretty face, she can also rock the stage with her distinctive and instantly recognizable voice. The talented singer/songwriter gained an initial following by performing at various small clubs and talent events and then more recently, teamed up with UK rapper Big Chris on the single ‘Bad Girl’. She is currently juggling her time between preparing for the beauty contest final and working in the studio on her debut solo single.

Believing that beauty is more than skin deep, Samira has also taken on the role as ambassador for the mental health charity ‘YoungMinds’ raising awareness about mental health issues in children and young adults.

Keep up with Samira on her official site as well as social media, and of course, we’ll be following her journey on UrbanAsian. Keep it locked.