Sachin Tendulkar has joined a journey dedicated to the cause of equality for women by lending his support for actor-filmmaker Farhan Akhtar’s ‘Men Against Rape and Discrimination’ (MARD) campaign.

Master blaster Sachin Tendulkar has taken a stand to bat for a noble cause — discrimination against women. He has collaborated with director-actor Farhan Akhtar to recite a special poem in Marathi for MARD (Men against Rape and Discrimination), to create awareness among men to respect women and promote gender equality. MARD has joined hands with Sachin Tendulkar, in order to restore equality. Given Sachin’s heroic stature in the nation, his involvement in the campaign will inspire many more to join the noble cause.

The poem has been penned by veteran lyricist and poet Javed Akhtar. Originally penned in Hindi, the lyrics have been translated in different languages like Telugu, Tamil, Punjabi and Marathi. The Telugu version has been recited by Tollywood’s Superstar Mahesh Babu. Sachin will be reciting the Marathi version of the poem which has been translated by Jitendra Joshi and will be out soon! 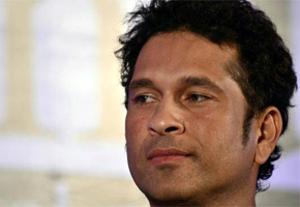 As a part of this, Sachin has recorded a Marathi translation of a poem written by Javed Akhtar and translated in Marathi by Jitendra Joshi at music directors Shankar-Ehsaan Loy’s studio.