After the success of a multi starrer one actor is making the headline news! Anjum Rizvi along with Aatef A Khan and K Asif is all to release their next film John Day directed by Ahishor Solomon starring Naseeruddin Shah, Randeep Hooda and Elena Kazan.

“Within every saint there is a beast hidden and behind every beast there is a story. Few circumstances in life can bring out the beast within you. The thin line which separates the saint and the beast, the good and evil is going to be blurred and broken forever and that is John Day”, says Ahishor Solomon. 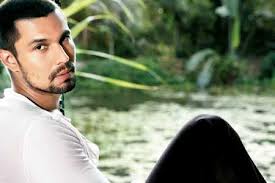 Randeep Hooda is making waves in Bollywood and looks like he will reach any films to get his name out! The trailer for the video looks great and we wish him the best of luck! From working with Sunny Leone to this and with his amazing looks we sure know this will be the sexy man-throb of the year!