As the cinema enthusiasts and film critics are waiting with baited breath for John Abraham’s political thriller Madras Cafe’s release on 23rd August, the film’s second trailer is out. You can watch the full trailer here

The film is set against the backdrop of the controversial Sri Lankan Civil War of the 1980s. Madras Cafe’s first trailer generated much curiosity and the film found itself in a controversy when a Tamil activist group expressed their objection and sought ban on the film as they felt that the film is portraying them as terrorists. However, John Abraham and director Shoojit Sircar are very confident that the film is based on facts and does not show any political or activist group in bad light and has been made keeping in mind the sentiments of people who were affected by the conflict. They are ready to face all the hurdles to get the film to the theatres on 23rd August.

“Madras cafe is a story that needed to be told. The events that happened in late 1980s and early 1990s were very important Indian history and the youngsters should be educated about the strife that our country went through.” says John.

It looks like Madras Cafe is a must watch political thriller as the makers have used real guns and bullets in the film to create the perfect ambient sounds that transport the audience into the war milieu. The film’s second trailer hints at the assassination of ex- Prime Minister, one of the most layered secrets in the political history of India. Only time will tell, what the film is bringing to the table but Madras Cafe is surely turning out to be the most awaited film of the year. 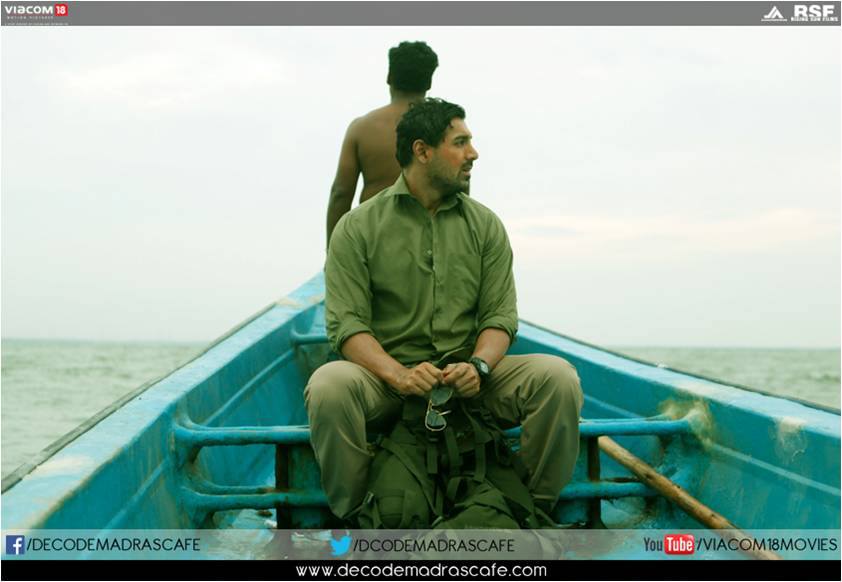 Madras Cafe starring John Abraham and Nargis Fakhri has been directed by Shoojit Sircar and is scheduled to release nationwide in theatres on 23rd August. It is co-produced by JA Entertainment, Viacom18 Motion Pictures and Rising Sun Films.