Karan Kundra, the popular host of ‘Gumrah’, the TV show, which brings to light some real life teen crime cases, recently had a close encounter of the ‘criminal’ kind in his own life!  Recently, Kundra was shooting adjacent to the Ghatkopar Railway Station in Mumbai, on the skywalk.  The only people accompanying him on that rainy night were the director, cameraman and the attendant. 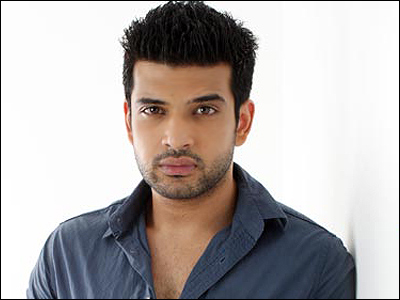 Just as the Director yelled ‘Action’, Karan saw a man running towards him, with cops chasing him! When he heard them yelling at the man, he knew that this was a police chase in progress!

“We got a call from the production team that a lot of top cops were in the vicinity. I realized something was wrong. My cameraman then tried to stop the guy but he was pushed. When the guy was crossing me, I reacted instinctively. Though he threatened to kill me if I tried to stop him, I kicked him and he fell. Within minutes, the cops came, picked him up and took him away.”

Karan didn’t know who the culprit was, but what matters is that our streets are a lot safer now, with one goon off it!  Perhaps we should be calling Karan, Krrish Kundra, from now on?