Ranbir Kapoor might have made some crazed fans happy with his latest film “Yeh Jawani Hai Deewani” but it looks like the fans are going to be more excited to see him once again this year! Not one but his second major film this year! Guess we just can’t get enough of the sexy man can we now? Check out the brand new video which they have launched called “Love Ki Ghanti.” It’s quite  a catchy yet fun tune!

Besharam marks the first film to feature Ranbir with his parents, screen legends Rishi and Neetu Kapoor. The film also stars Pallavi Sharda and comedy king-pin Javed Jaffery and is directed by Abhinav Kashyap who previously directed the blockbuster Dabangg. Looks like it might have been fun working with mom and dad right on the sets of the film!

So as we tell you a bit about the film Ranbir who plays as Babli  is a street smart car mechanic living in a Delhi orphanage. He is charming and lives life to the fullest. He also steals cars to support his orphanage. He has no sense of right or wrong till he unwittingly hurts the love of his life, Tara who is played by Pallavi Sharda. 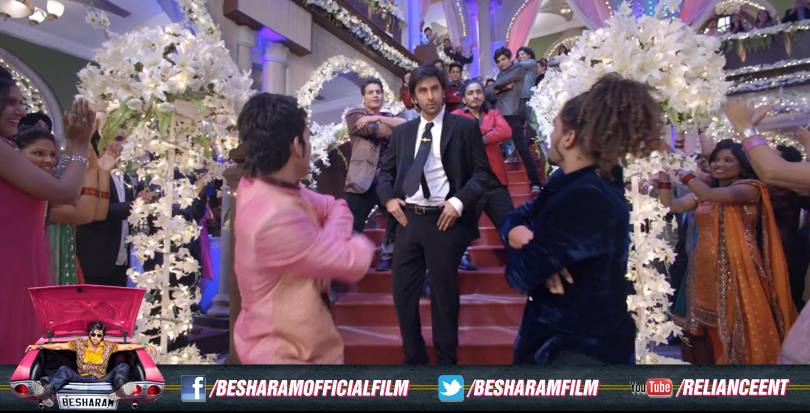 Babli realizes that there is no right way of doing the wrong thing. Babli sets out to fix all the wrongs in his life and he continues to be shameless about it. Check out the trailer and tell us what you think! Are you ready to get “Besharam” with Ranbir? Better hide if you do! Stay tuned for more on the film and songs!