Did you ever wonder what could happen if you mix eastern and western sounds?  Turns out, that with the right combination, what you get is a perfect fusion that can definitely be deemed musical nirvana!  If you are friends with any desis, I’m sure that you must already be familiar with the track I am referring to called “Khushnuma (Don’t You Worry Child)!”  This track features two powerhouses of music – the American musical group, The Piano Guys, and Indian dynamo, Shweta Subram!

Shweta Subram, an accomplished vocalist from Canada, is well-known in the South Asian music scene.  She’s impressed and worked with artists ranging from music duo Salim-Sulaiman at the prestigious IIFA Awards, worked with singer Shankar Mahadevan (whose global singing competition she won), and has also worked with renowned artists like Shankar Tucker, Karthik, and Pravin Mani.

The Piano Guys’ creative renditions and mash-ups of popular songs coupled with breathtaking videos have made them an online musical sensation.  With Jon Schmidt on piano, Steven Sharp Nelson on cello, Paul Anderson as Producer/Videographer and Al van der Beek as sound engineer, The Piano Guys have over 250 million hits on Youtube and are signed by Sony Masterworks.   These guys have been featured on popular TV shows such as The Katie Couric Show, and Jay Leno’s The Tonight Show. 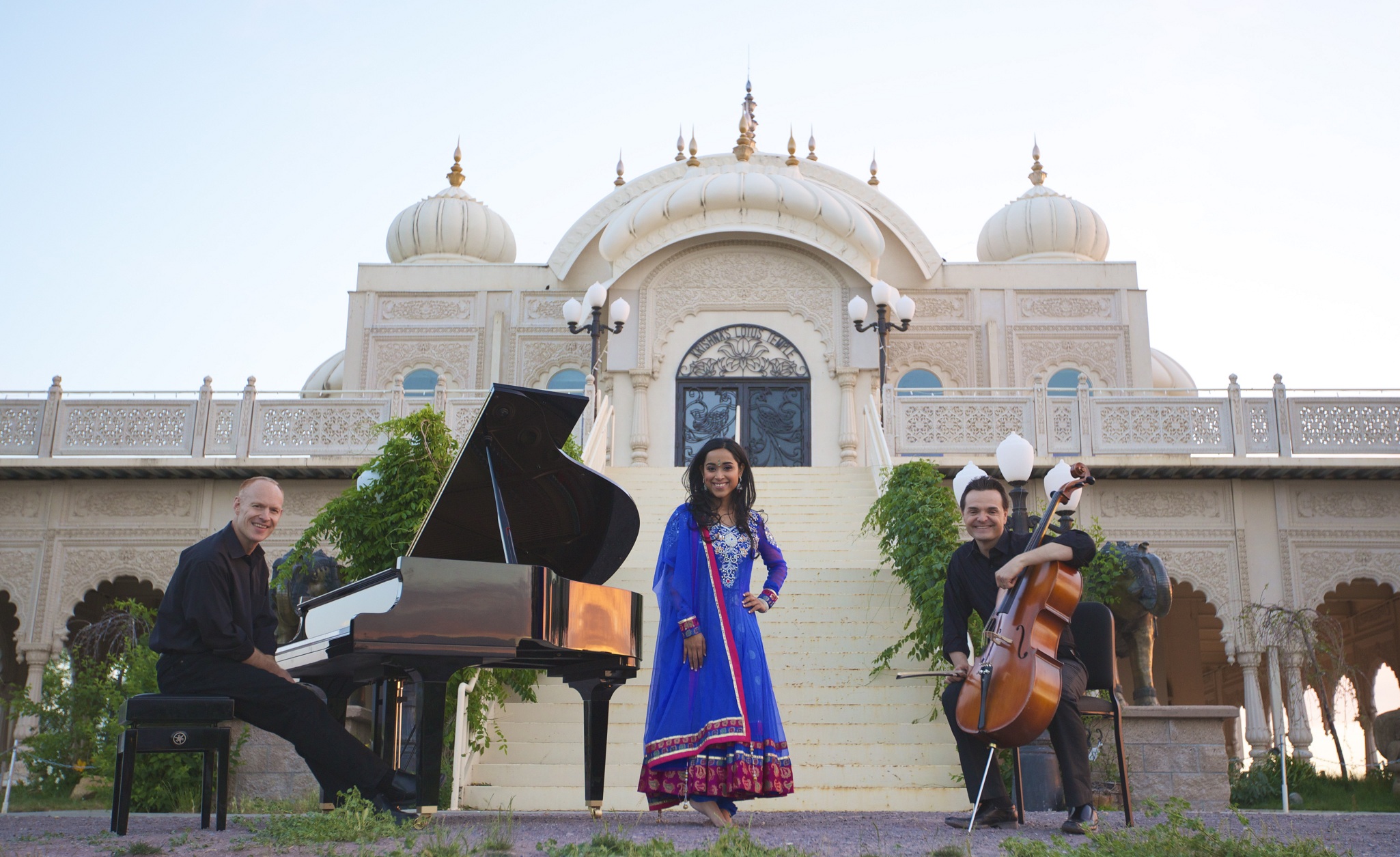 After releasing a number of hits, The Piano Guys embarked on a quest to experiment with Indian music and serendipity brought them to Shweta.  They heard of Shankar Tucker and while researching his music, they fell in love with Shweta Subram’s voice and screen presence in “Mere Saajan Sun Sun”.

“Shweta immediately stood out to us – her smile was so genuine and contagious. She naturally emitted such amiability in her stage presence that we were drawn to her performance. Her voice effortlessly depicted an Indian classical vibe while still being completely accessible. We contacted her and by the gift of Providence her PR agent was a self-proclaimed ‘big fan’ of ours and had shown Shweta some of our videos just a week before.”

Khushnuma is an adaptation of Don’t You Worry Child by Swedish House Mafia. According to Steve, this song was selected because,

“We loved the spiritual essence of the chorus – we agree that Heaven has a plan for everyone and that it’s better than any plan we could come up with on our own. As Shweta selected Hindi lyrics for our arrangement she extended this spiritual theme. In fact, the lyrics in the intro come from a traditional Hindi prayer. Our alternative title Khushnuma means journey to happiness and no worries.”

Shweta considers this to be her most exciting project so far and had a fantastic time working with The Piano Guys. She recalls,

“The guys were easy going and open to experimenting with new ideas. We had a fantastic time recording the song and shooting the video – it felt more like a party than work. These guys are extremely talented and it’s an honor to be chosen for this project.”

In writing the music, The Piano Guys studied traditional Indian instruments and artists such as the legendary Pandit Ravi Shankar and his daughter Anoushka Shankar. Shweta was accompanied by Abhay Jodhpurkar in penning the lyrics. The music video has been beautifully shot in the deserts of Little Sahara and at the ISKCON temple, both in Utah.