A new film is about to hit the theaters this August and not a romance but a movie about a man who is a firm believer of truth, he is like a new age Gandhi which is played by Amitabh Bachchan. Amrita Rao plays daughter-in-law of Big B. Ajay Devgn portrays an entrepreneur who uses the ways of the world to get what he wants while Kareena Kapoor is a hard headed TV reporter.Prakash Jha says that his upcoming movie `Satyagraha` is not the story of Mahatma Gandhi or social activist Anna Hazare, but the essence is the same. 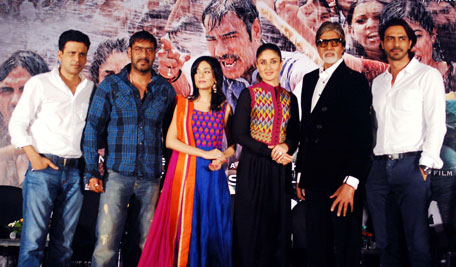 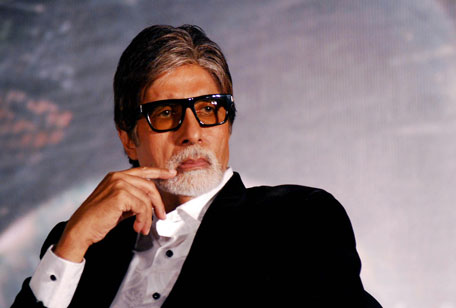 Filmmaker Prakash Jha says that his upcoming movie `Satyagraha` is not the story of Mahatma Gandhi or social activist Anna Hazare, but the essence is the same.

“Middle class people across the world protest if they are in a democracy. The film is not about Anna Hazare… There is no reflection of his protest. But the essence is with Nirbhaya (case), Mahatma Gandhi and Anna Hazare,” 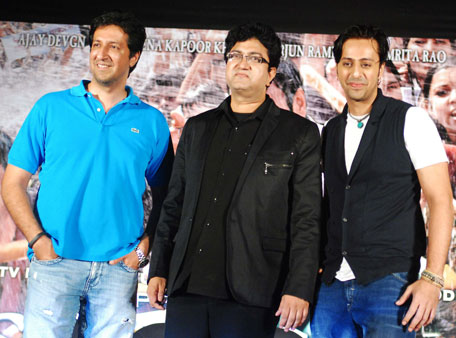 This amazing title number is composed by Salim and Suleiman and written for today’s audiences by Prasoon Joshi. The lyrics – ‘Ab tak dheeraj maanga tha, Prabhu ab dheeraj mat dena, sehte jaaye sehte jaaye, aisa bal bhi matt dena. Uthkar karne hai kuch kaam Raghupati Raghav Raja Ram’ reflects on current situations in society and is bound to strike a chord with popular sentiments. Rajiv Sundaresan, Shivam Pathak and Shweta Pandit have lent their voices to a tune that will surely become one of the most special songs of this film!

The music of “Satyagraha” is a combination of compositions by various music directors, including Salim-Sulaiman, Indian Ocean and Meet Brothers, besides Aadesh Srivastav. Tell us what you think of the title song as we enjoy the sound and production of the title track. Satyagrah is set to release on August 30th, 2013!