Within the last 4-5 years, Sports has rapidly become an influential celebration in today’s transforming Society. In India and across the globe, Sporting Legends are becoming ambassadors of Humanity, Awareness and Goodwill. That being said, the latest edition to join this fascinating bandwagon, is one of NBA’s Champion- Chris Bosh, who plays for the well known Miami Heat, and is currently in India! 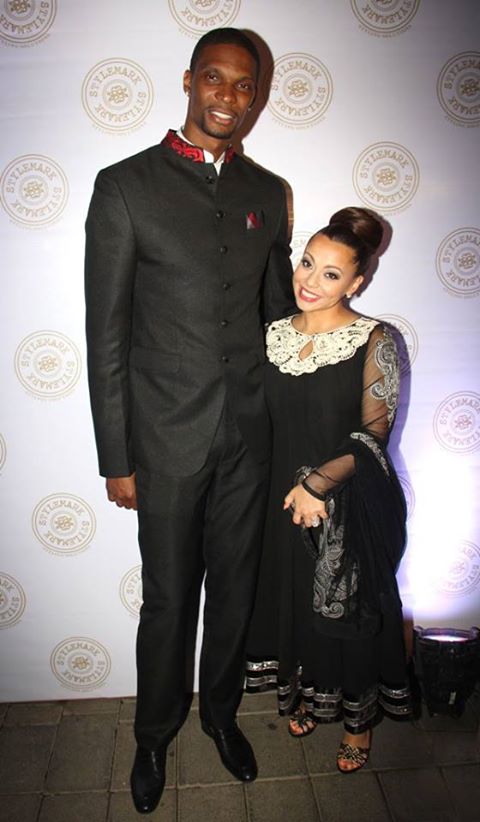 Bosh is in India to instill and expand the culture of Basketball amongst Indian viewers, fans of the game and aspiring Indian Basketball players. Bosh was graciously welcomed by Bollywood’s handsome hunk Dino Morea and celebrated filmmaker Sanjay Gupta, that hosted a lavish event in his honor. Also seen at the event were Neil Nitin Mukesh, Sohail Khan, Mika Singh, Atul Kasbekar, Ash Chandler, and several more. All whom are diehard fans of the game! 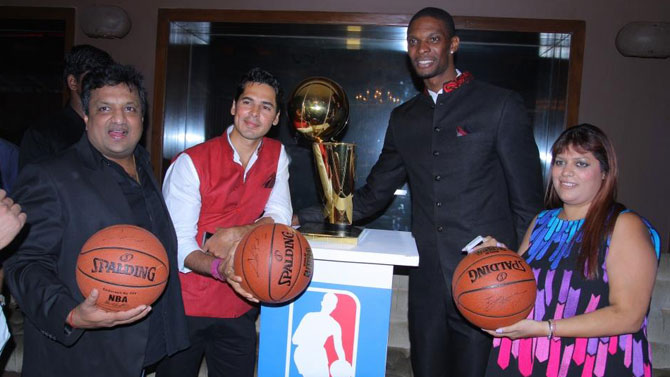 Whilst being exposed to the rich Indian culture of Films and Sports, NBA and Sony announced a joint venture called NBA Jam. NBA Jam will provides a free traveling interactive Basketball Festival that combines Basketball, Musical Performances by top artists and exciting thrills for fans of all ages. 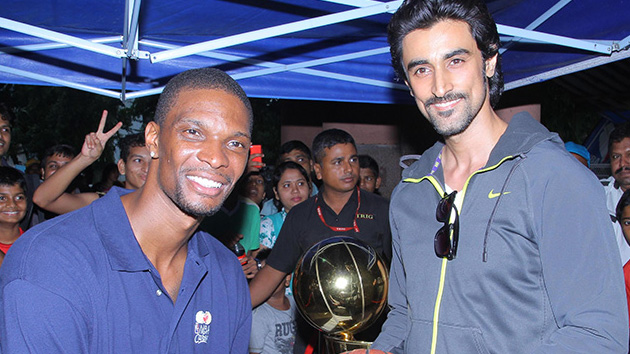 Such a significant enterprise of bringing an international Sporting Star like Chris Bosh, can only mean that India as a country, is moving towards the right direction, in giving Sports an International identity of its own.