“I had a huge crush on Dada when I was younger!” said Farah Khan unabashedly as she shot for Zee TV’s ‘DID Super Moms’. “In fact, I even hunted around for a good wallet sized picture of him to put in my wallet.”

With Prateik Babbar and Amarya on the show to promote their upcoming film ‘Isaaq’, the theme of the episode was ‘first love’. When all of the contestants confessed about the first time they fell in love, it was Farah’s turn to answer the all important question of the day – ‘Tell us about your first love.” Farah went on to say how she had fallen in love with Mithun Da’s character in the film ‘Hum Paanch’ when she watched it. 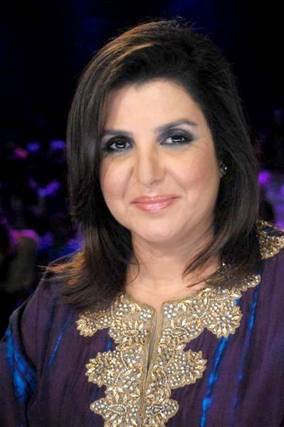 “Dada might be known as the ‘disco dancer’ all over the country but little do people know what a Rockstar he was back in the day! All I remember about watching the movie was giggling with my friends about how good looking Dada was. For the longest time, I carried his picture in my wallet! My brother had also gotten his autograph which I still have somewhere at home.”

On hearing this, Miithun Da turned a bright beetroot red while Jai Bhanushali and Raghav took turns to tease him about it. This Sunday, the stars of the film ‘Isaaq’ Prateik Babbar and Amarya joined the contestants on stage to shake a leg with the best dancing moms in the country. For all the fun and masti, watch ‘DID Super Moms’ at 7.30pm on Saturday and Sunday, only on Zee TV, Sky 788 & Virgin Media 809.