Holding the brushes of fame after ‘Yeh Jawaani Hai Deewani’ and ‘Nautanki Saala,’ actress and fashionista Evelyn Sharma brought in tons of zest and zing for her 23rd birthday at Bandra hotspot Polpo this week! 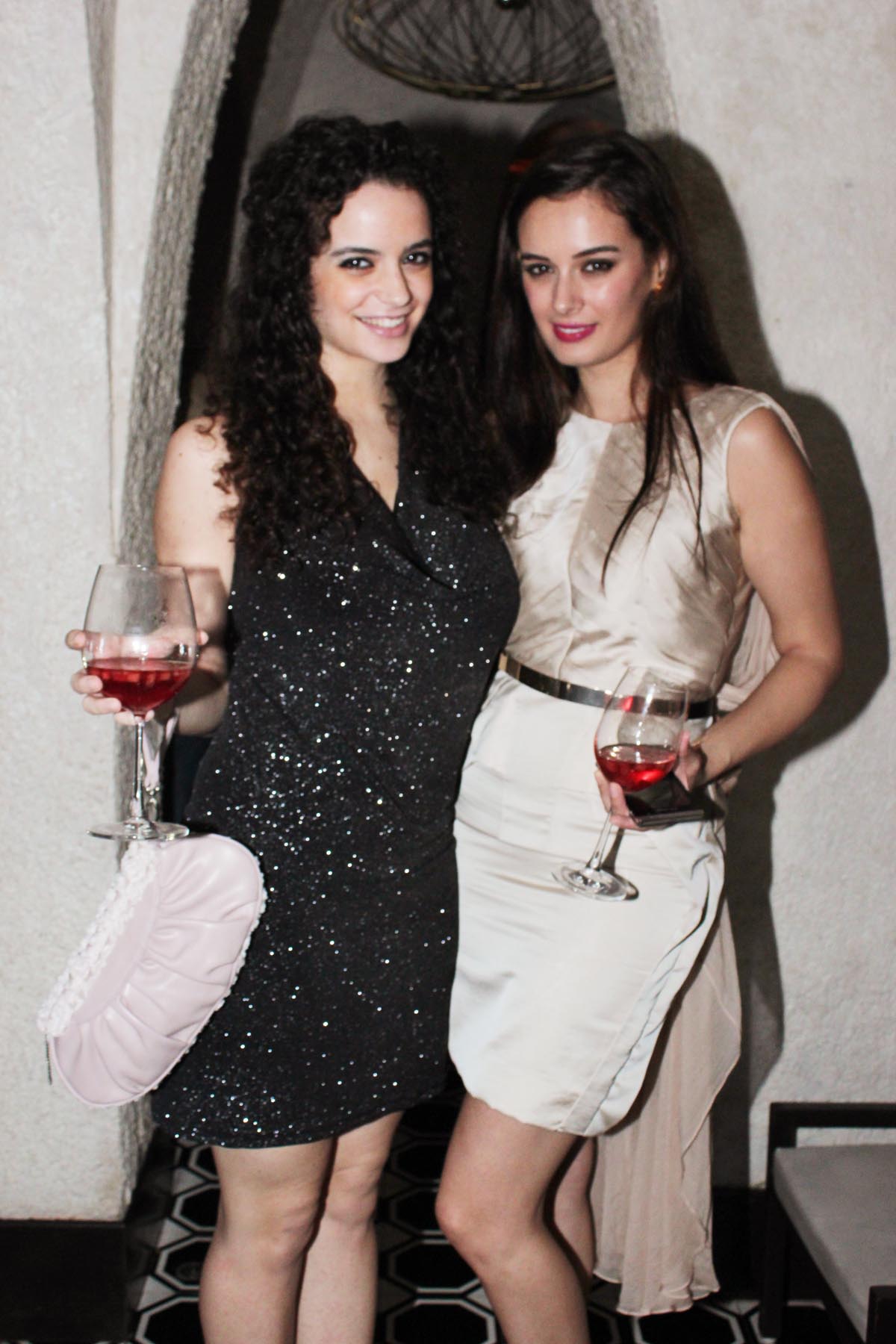 Even though the event was celebrated in typical Bollywood spectacle and style, it was kept a hush-hush affair from snooping cameras.  In fact, some paparazzi were even misled as her party continued on until late night with the red wine flowing vigorously and a Cinderella-engraved cake to please all. The party’s crowd included personalities from the fashion, film and business circles.  Some of the names we stumbled upon include actors Prateik Babbar, Nathalia Kaur, Izabelle Leite, Madhura Naik, business tycoon Ashish Raheja, ace designer Rocky S, Sonam and Paras Modi, producers Dhaval Gada of PEN and Vishal Gurnani of The Entertainment Hub, photographer Vikram Bawa, singer Aditi Singh Sharma and DJ Deepesh Sharma aka Mr Right.

Recently returning from IIFA just a week ago, Evelyn is now gearing up for her next two releases this year. While she has a role with Prateik Babbar in ‘Issaq’ (Manish Tiwary’s Hindi remake of Shakespeare’s Romeo and Juliet), the gal will also be seen playing a divine dream girl in T-Series’ Yaariyaan,’ the directorial debut of Super Cassettes icon Bhushan Kumar’s wife Divya Kumar.

Keep up on UrbanAsian for more on Evelyn!