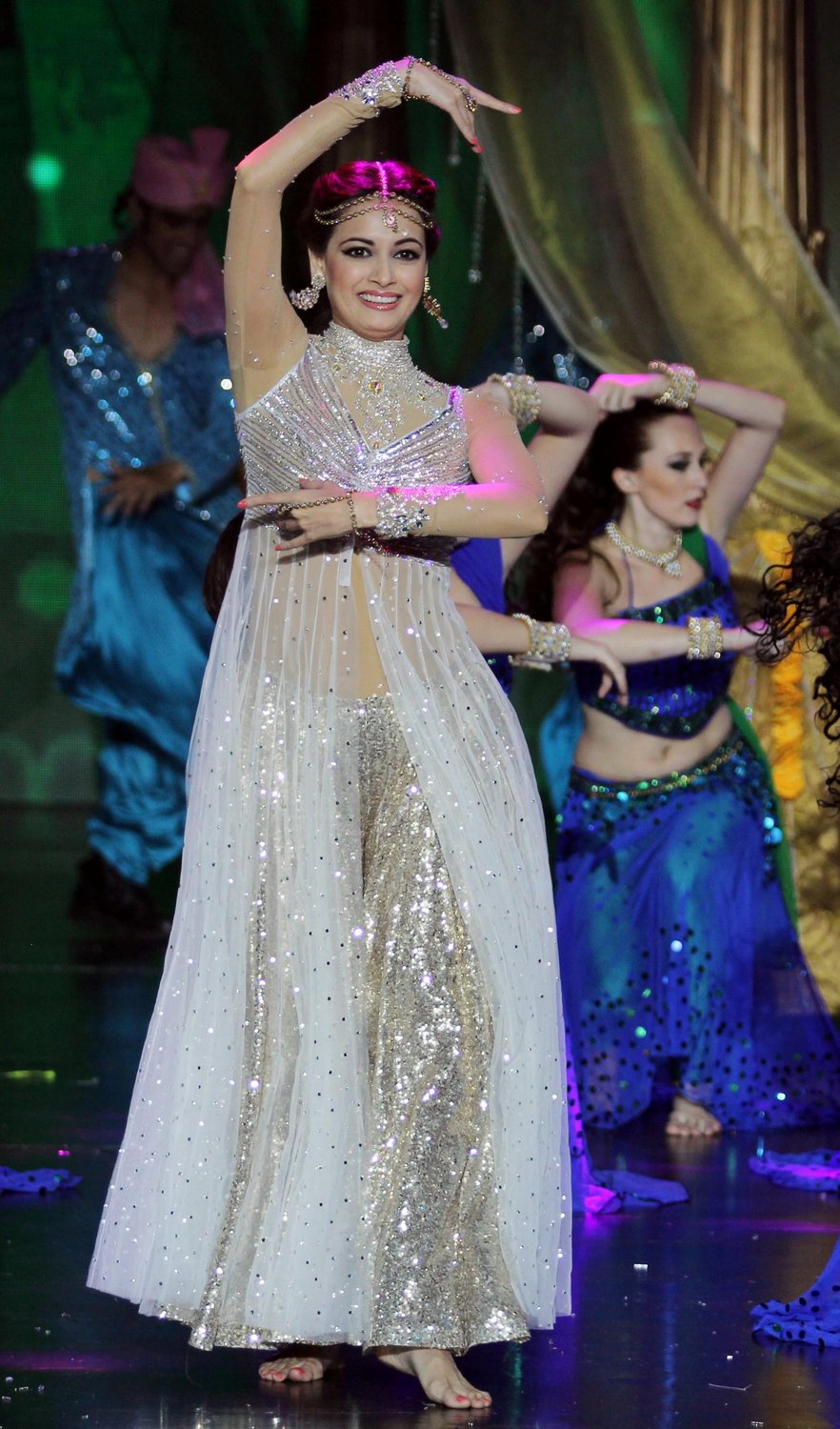 Dia Mirza performed at the IIFA Rocks 2013 event, that was held on day 2 of the International Indian Film Academy (IIFA) in Macau.

This year, IIFA Rocks celebrated 100 years of Indian Cinema, and that too in style.  Dia was among the few stars who performed at the grand awards. She sizzled on stage and kept the crowd entertained throughout her performance!  Not just the audience was in awe of her dance skills!  In fact, after the performance, she was complimented by some big stars from the industry.

Her act was choreographed by Remo D’Souza.  As usual, Mirza looked a million bucks as she danced to some of the most iconic wedding numbers. Dia enjoys performing on stage, which showed very well in her flawless performance.

This was not the first time that the actress performed at IIFA awards. She had also performed on the IIFA stage in 2008 (Bangkok) and IIFA 2011 (Toronto). Dia performed on stage after a gap of two years and with her performance at IIFA this year, she certainly made up for two years of absence from the stage.