Akshay Kumar, Bollywood’s favorite action man has been making waves globally since the announcement of his new Avatar in the sequel offering Once Upon A Time in Mumbaai Dobaara. Akshay, who plays a flamboyant gangster in the film, has been spotted trotting the globe for promotions of the film. First India, then Oman, followed by the UK and recently Akshay visited the United States of America, where he partook in a press conference with the film’s director Milan Luthria and shared his experiences about the film.

The film depicts the fervent gang wars of the 80’s era in Mumbai and Akshay has continued to move away from type to play a baddie in this film. Commenting on his villainous role, he said,

“Bad is the New Good… I am not trying to glorify a bad lead character; it is just a character I am playing. Not many actors agree to play a negative role.”

Akshay last played a negative character in the film Ajnabee after which ‘Once Upon A Time in Mumbai Dobaara’ would be his second. The film is a ‘villain’s love story’ and Akshay feels very strongly about his role, as he believes not many bad characters take center stage as important characters. 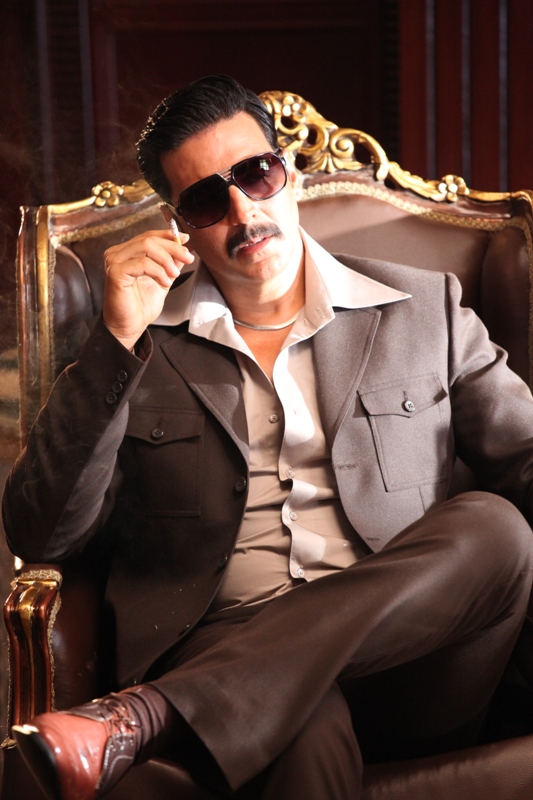 Akshay also said that the only difference in the sequel is the change of a few faces whilst the story picks up from where it left off. However, despite the negative hue in his character, Akshay seems to be concentrating more on romance then his usual action-packed stunts in the film. He has passed the stunt baton to Imran Khan, who performs a series of thrilling action sequences. Akshay said:

“He [Imran Khan] did all the stunts with me and jumped from rooftops, and I was very impressed with him. I think he is the next action hero.’

Returning to form for this sequel, director Milan Luthria (The Dirty Picture) was all praise for Akshay Kumar, saying:

“Akshay is a very happy guy, a wonderful happy person to work on and off the sets. Having a person like him with you gives you a lot of confidence. He kept the atmosphere very happy on the set. I also felt that the character played in the original instalment by Emraan Hashmi needed to be older, with a different kind of presence.”

Once Upon A Time in Mumbai Dobaara releases globally on 15th August 2013.