Don’t be surprised to see Kareena aka Bebo back on screen once again with the talented Ajay Devgan once again! Just as they’ve play side by side roles in Omkara they are all set to release another movie, ‘Satyagraha.’ Directed by acclaimed filmmaker, Prakash Jha, Satyagraha features an ensemble cast including Amitabh Bachchan, Ajay Devgn, Kareena Kapoor, Arjun Rampal, Manoj Bajpayee, Amrita Rao and Vipin Sharma. 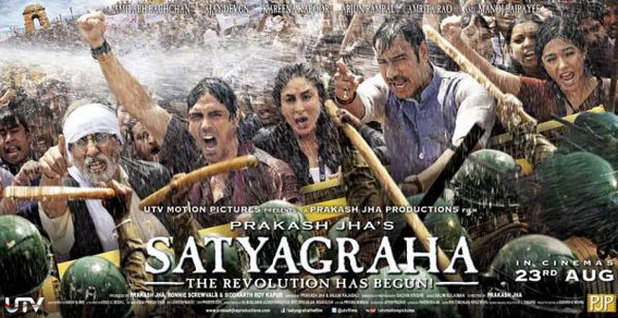 “Prakash has found a great balance between engaging the audience and, in spite of that, trying to say something which is very current and social. It is the film that works and every character has to work, and I think every character is very well balanced and it has come across well.”

In relation to her role in Satyagraha, Kareena Kapoor said,

“I have always wanted to work with Prakash-ji, and the role that he’s offered me this time is the role of a journalist, which I haven’t really essayed before. It’s a very strong-headed but sensitive character and I couldn’t say no. And, of course, being part of a film which is socially very relevant right now in our country is also a great honour.” Adding about her character in the film, she elaborated, “Playing the part of a journalist excited me. Their personalities are in some ways similar to mine because I am headstrong and quite sure about what I want. As a director’s actress, I didn’t really prepare as such for the role and I completely followed Prakash-ji’s direction.” 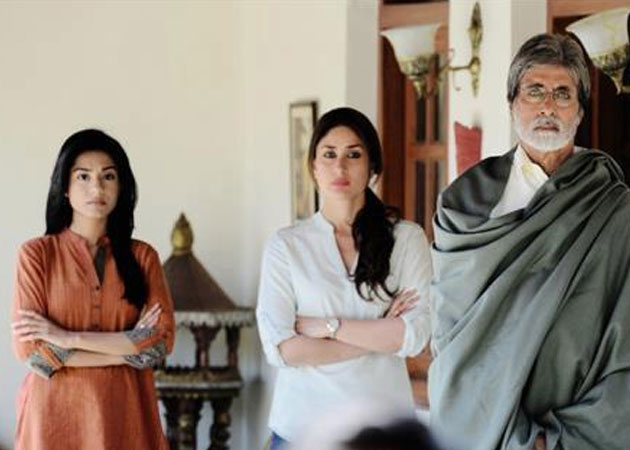 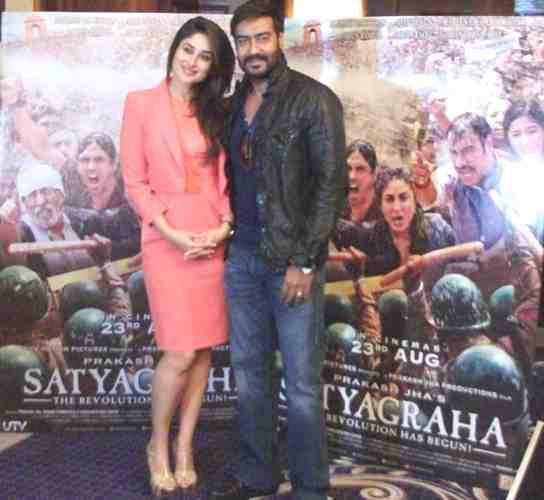 Satyagraha releases worldwide on 30th August, presented by UTV Motion Pictures and Prakash Jha Productions, be sure to catch it!