The wait is finally over! After releasing the teaser to Zinda, the first track for the film Bhaag Milkha Bhaag, we have been waiting with baited breath to watch the video to the song. And the makers of the movie have rewarded us by releasing the most anticipated video of the month.

Zinda will be the window to see Farhan Akhtar’s most anticipated look that has got the mass talking about the movie. Penned by Prasoon Joshi and brilliantly composed by Shankar-Ehsaan-Loy, Zinda has the potential to become the next youth anthem. Brilliantly written, the lyrics will give the listener a sense of inspiration and encouragement to anyone who aspires to do something great in life. The video prominently features Farhan Akhtar as a young Milkha and shows his struggle to become a champion. Siddharth Mahadevan, Shankar’s son has lent his voice to the song to mark his singing debut in Bollywood. 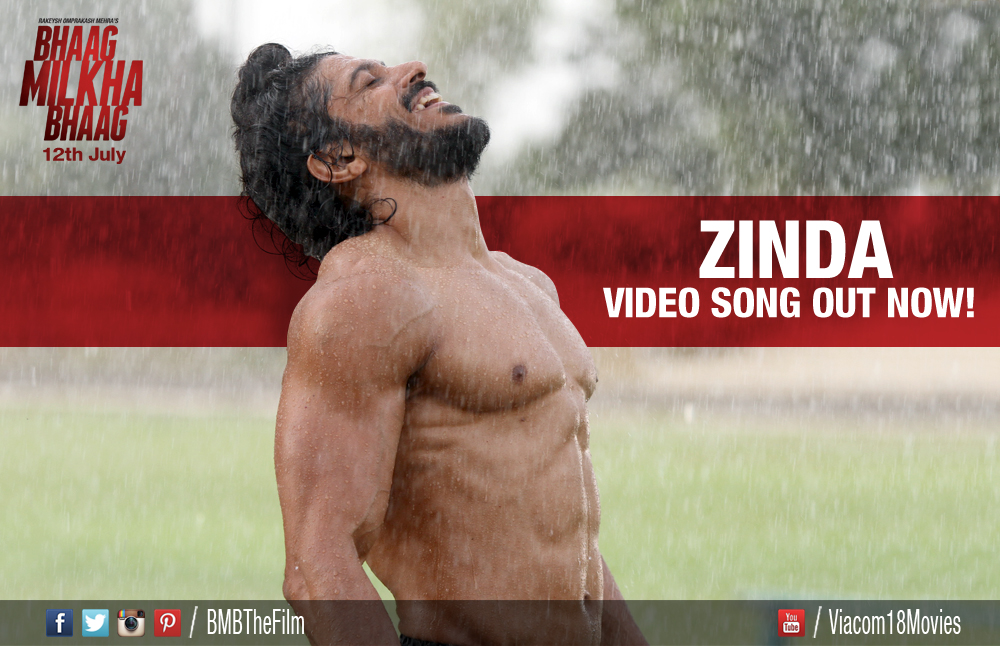 Bhaag Milkha Bhaag is one of the most awaited films of 2013. Since the teaser trailer was launched last year, the film has garnered tremendous traction. The movie is slated to release on 12th July 2013!