Superjones releases his new single ‘Straight Ruffneck’ featuring the vocals of London’s legendary Drum and Bass duo the Ragga Twins. Check out the music video he just released for the track!

The track is a free download, now available on www.soundcloud.com/superjonesmusic. The music video has been shot in Turkey by film student, Melike Kasaplar, and stars Kerem Kaya as Dogan ‘Ganga’ Alpay (a small-time criminal) and Cemal Baykal as Mehmet ‘Pills’ Aksoy (a revered gangster). ‘Straight Ruffneck’ will be the second single from Superjones’s forthcoming underground E.P. entitled ‘Kill The Shadow.’

Superjones says that the use of the Ragga Twins vocal is purely for a nostalgic reason,

“as a 90s teen and an avid Drum & Bass fan, the Ragga Twins bring back memories of great underground warehouse raves full of good music and carefree madness!”

The Ragga Twins have been around for over 30 years, recording and featuring on numerous records. They have also toured alongside Shabba Ranks and James Brown. The cover for the single features the work of Aman Mojadidi, an American-born Afghan artist. 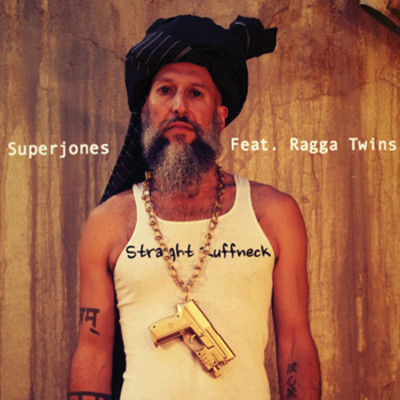 Keep it locked on Urban Asian for more updates on Superjones!