From Cannes to St Tropez International Film Festival, Sandip Soparrkar and Jesse Randhawa have been the Only Indian Choreographers as Special Guests at the Red Carpet.

Sandip who has choreographed international icons like Madonna, Shakira, Britney Spears and Beyonce and more looked dashing in a Deepak Shah-More Mischief designed black suit and his wife model actress Jesse looked the true Indian super model in her classic Armani dress. Director of St Tropz International Film Festival Mr. Carl Tooney met Sandip and Jesse at Cannes earlier this month and impressed with their work profile specially invited them to walk the red carpet at the grand closing ceremony and award function of the festival.

“The Festival showcased a wide range of films from across the world and we are glad to attend this grand film festival. I am happy I met director of the festival Mr. Carl Tooney and many more people from Hollywood at St Tropez, it is indeed an honour to be here.’

“I was very happy to welcome Sandip and his very beautiful wife Jesse to my festival. They are wonderful and gorgeous people with some amazing work experience, I look forward to welcoming many more stars like them over the forthcoming years as the Festival develops and works to benefit filmmakers from around the world.” 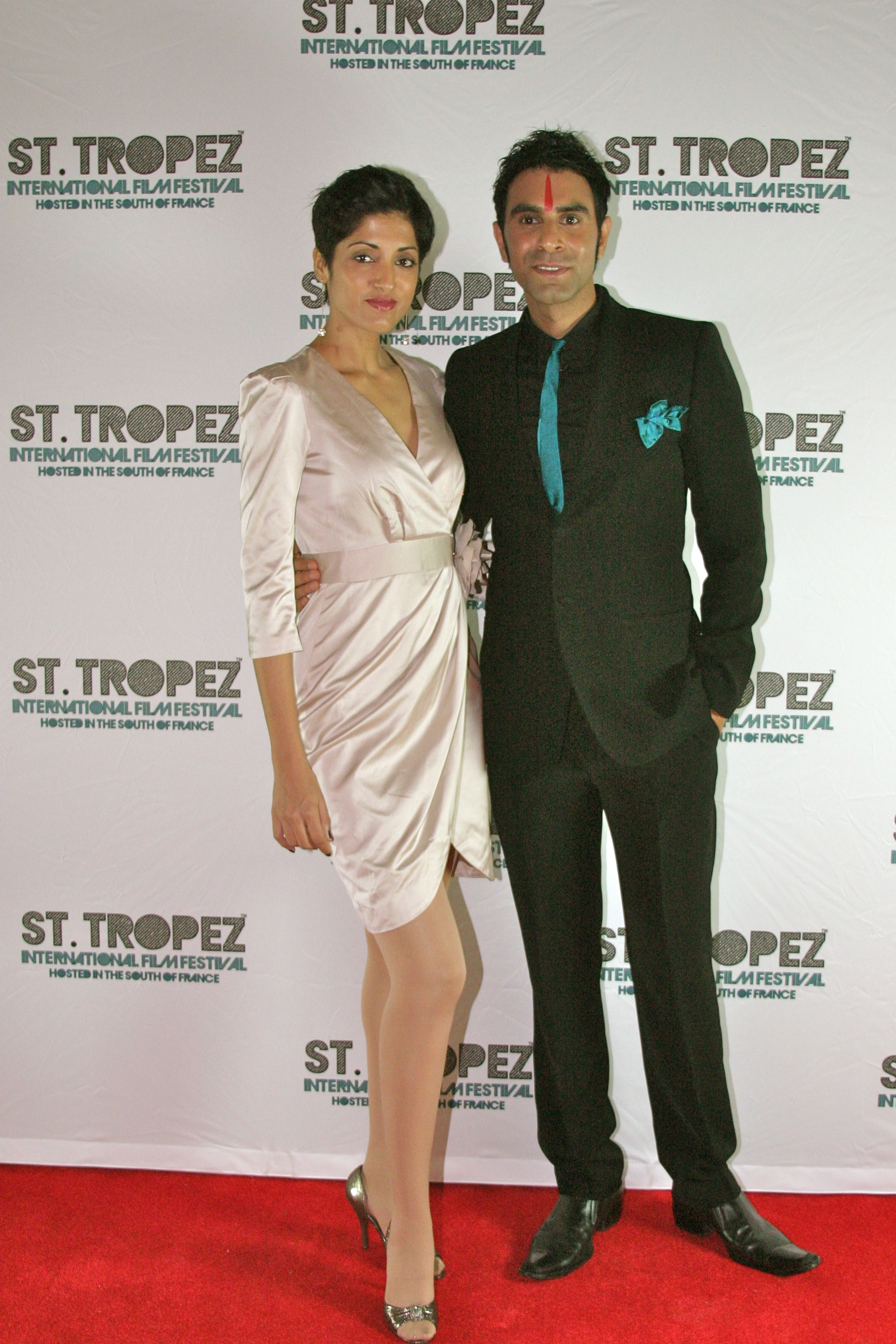 ‘St Tropez festival is known for bringing everyone from the world of film together. I am glad I could be a part of this prestigious event and its award show, I wish the festival all the very best for the future.’

This is one of the few international film festivals in the world where not only the glamorous people of entertainment industry are present but also the professionals from the cinema world make their presence felt. With presence of internationally renowned choreographer Sandip Soparrkar and Jesse Randhawa the St Tropez International Film Festival surely adds their names to the long list of Glitz and Glamour from the Hollywood and Bollywood world. Rock on to the cute couple!