As an award-winning actor, producer, singer, writer and director, Farhan Akhtar is truly a superman in Bollywood. The acclaimed filmmaker is excited to bring global audiences his latest creation – the outrageous bro-mance comedy FUKREY which releases in theaters this Friday, June 14. His past films like Dil Chahta Hai, Rock On!!, and Zindagi Na Milegi Dobara were blockbuster hits and Akhtar is now ready to unleash his newest on-screen team of charming friends, all set to win over audiences worldwide. 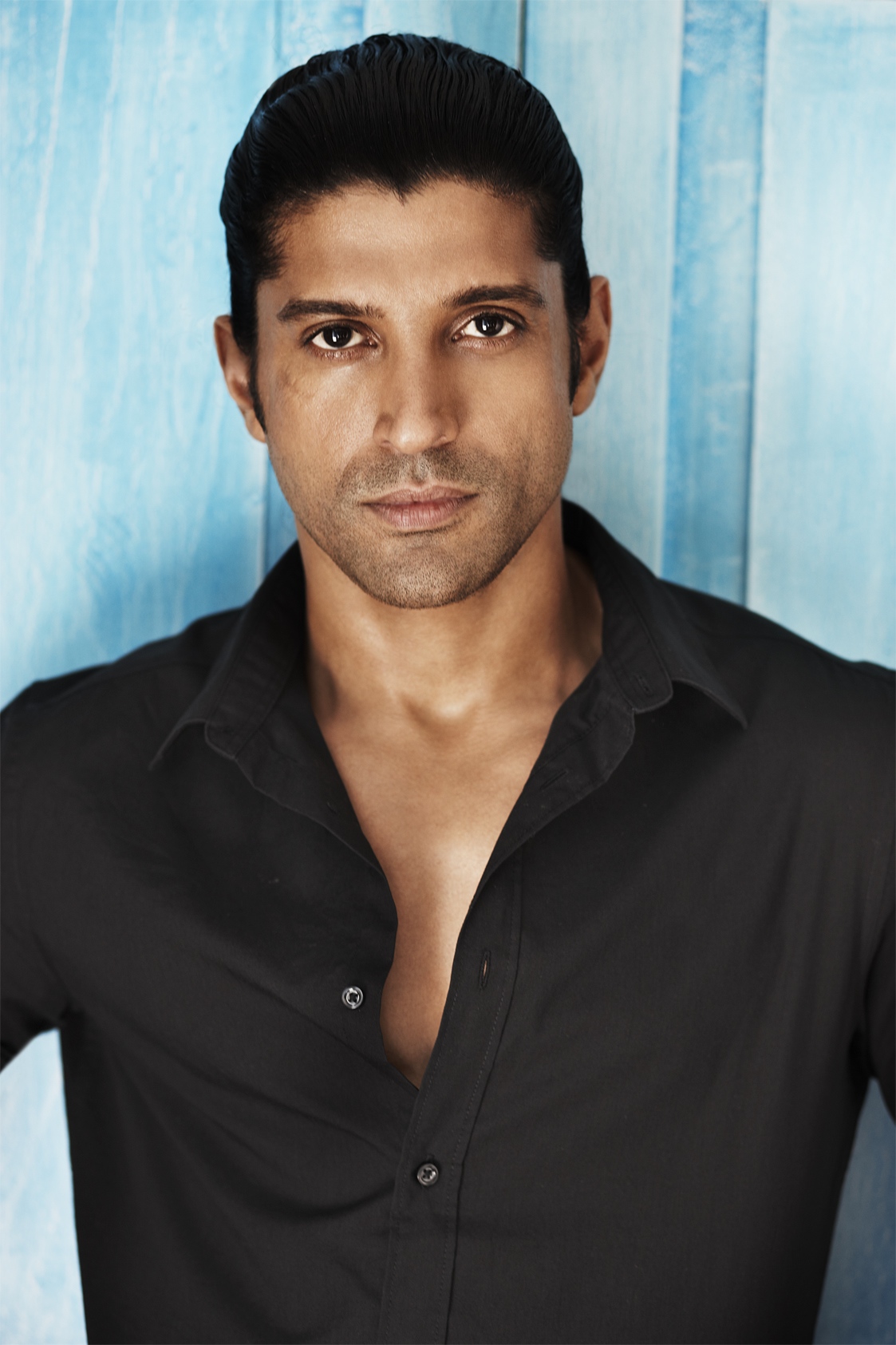 Farhan Akhtar sat down to give a behind-the-scenes look at his new production:

1. Can you tell us about the story of Fukrey and what movie fans will be in store for?

Fukrey is Excel’s first venture into the area of pure comedy. It’s a story of 4 boys struggling to fulfill their individual dreams, being short on merit and/or motivation. They take a short cut but end up getting caught in a seemingly dangerous web woven by a ruthless female gangster. How they find their way out of it, makes for the third act. With well-written, eccentric characters and hilarious situations, the fans can expect 2 hours of laughter and entertainment.

2. After producing recent films with Aamir Khan, Shah Rukh Khan and Hrithik Roshan, what made you want to go with a younger college-oriented project?

Each script that arrives at Excel is viewed on merit. The content should be appealing, casting comes after. Fukrey is a refreshing script for us as a film producing company as it is about a world not previously explored in any of our previous films. Fukrey is set in East Delhi, an area of our national capital that is not featured too often in film. And because it is about 4 boys whose dream it is to be in one of Delhi’s coolest colleges, it has an immediate appeal for the younger audiences.
3. What would you like the youth of India and the world to take away from this film?

Firstly, I’d like them to be entertained by this film … laugh with and at the characters. If there is anything to be gotten from the sub-text of the film, it is probably the message that even those who don’t graduate from school or college with distinction, have the potential within them to achieve their biggest dreams. So don’t think a lower grade is the end of the road and most importantly, never lose hope.
4. Can you talk about the casting of the film and how this fabulous foursome was put together?

Magically. They compliment and work off each other so naturally that it seems they were all destined to be in these parts. I congratulate the entire cast and the director on creating a film with performances of the highest quality. A lot of the talent is new but that does not show at all in their work.
5. What projects are you working on next?

My next film as an actor will be ‘Bhaag Milkha Bhaag’. That releases on the 12th of July.

Punjabi Power will take over movie theaters this summer as the much-talked-about new comedy FUKREY hits the big screen on June 14 delivering a wild and hilarious ride. This new film comes from the blockbuster producing duo of Ritesh Sidhwani and Farhan Akhtar who previously brought audiences groundbreaking hits like Dil Chahta Hai, Rock On!!, and Zindagi Na Milegi Dobara.

Whats the Movie about really?

College. Three of the most important years of your life. Three years of studies (at times) and sheer indulgence. Indulgence in all the little pleasures that a carefree life has to offer. But it isn’t always about ragging, fuccha parties, college fests, raves and churning out ways to whack some extra pocket money from your parents. It’s sometimes hard, ugly and complicated. More so, when you really need to get admission in the coolest college in town and you know you don’t deserve it. And to top that, you get yourself involved in the most bizarre situations that could crack you into pieces before you could crack it.

FUKREY is one such crazy story of four restless and hapless souls, running after their individual desires, brought together by one dream, which turns their not so simple life upside down. From breaking school walls, to cross dressing dancers at the Ram Lila; from a Jugaad Baaz college watchman to leaking examination papers; from a female pimp, who runs her drug cartel through Nigerian henchmen to visionary dreams. Can the four ‘Fukrey’, the four nobodies, twist their fate and dreams into reality or will they forever be lost in the obscurity that they come from? 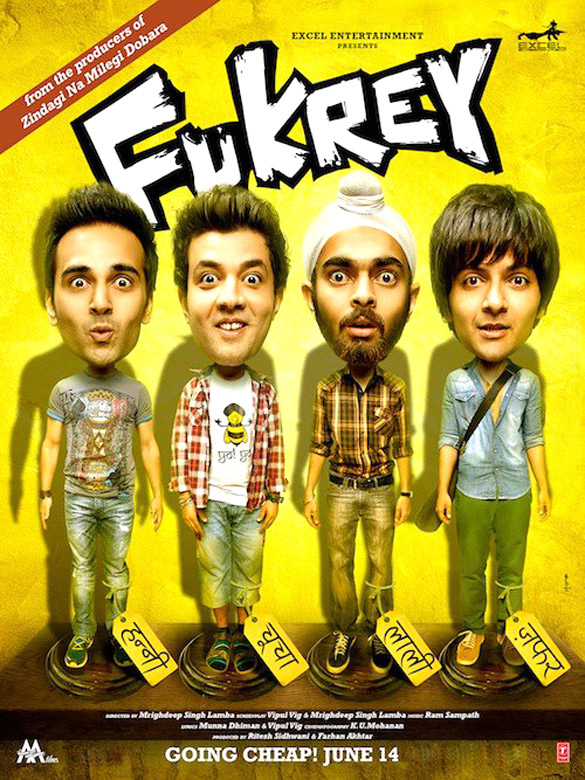