When you have the combo of music experts like Tips Industries, singers Atif Aslam and Shreya Ghoshal along with music composer duo Sachin-Jigar, you know what to expect! The song ‘Jeene Laga Hoon‘ from the upcoming film Ramaiya Vastavaiya, has been topping the music charts from the time it went viral and has already received over 4 million hits on YouTube. The song instantly met with success on its digital release!

What’s more interesting is ‘Jeene Laga Hoon’, featuring Girish Kumar and Shruti Haasan, was a rage before it hit the TV screens! Prabhudheva’s able direction, lead actors Girish Kumar and Shruti Haasan’s sweet romantic chemistry and the magical voices of Atif Aslam and Shreya Ghoshal is an added advantage for it. Music aficionados are already going gaga over the song!

“We’re extremely excited about the success of Ramaiya Vastavaiya’s music and this one is extra special for us since it’s always been a dream to work with Prabhudheva. The positive feedback we’ve received online has been very encouraging; we’re very active on Twitter and love seeing people’s response to a song that has been released immediately,” say Sachin-Jigar. 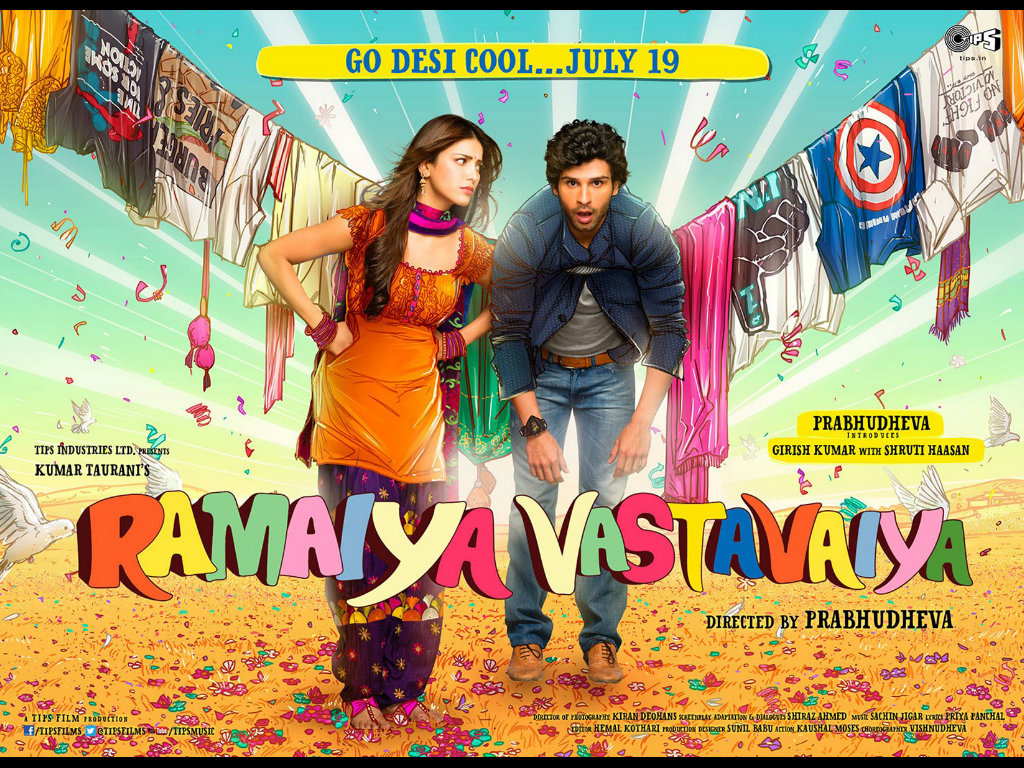 “The Ramaiya Vastavaiya soundtrack has been performing exceptionally well on YouTube along with streaming services and iTunes. For the very first time radio started pumping a song (Jeene Laga Hoon) before it became a TV hit which is a great indication of the music’s popularity. As a company we’ve always been extremely particular about the music in our films and we’re glad the audience is enjoying yet another Tips soundtrack.”

Produced by Tips Industries Pvt Ltd. and directed by Prabhudheva, Ramaiya Vastavaiya is scheduled to release on 19th July, 2013.