In March 2012, the talented Shweta Subram collaborated with Shankar Tucker to release the track, Mere Saajan Sun Sun, via YouTube. Mere Saajan Sun Sun has received widespread appreciation from the world over and has crossed 321,000 views on YouTube and recently, the song received the Planet Radiocity Popular Choice Award! Check out the beautiful track!

The beautifully composed track by Shankar Tucker, was accompanied by equally beautiful lyrics written by Neelam Chandra Saxena. The first ever Radiocity Freedom Awards (RCFA) was held at the Shangri-La Hotel in Mumbai, India. Nominations were invited across eight genres, and a whopping 700 entries were received. The award winners took home RCFA’s wing-shaped trophy, symbolizing the soaring of Independent music. 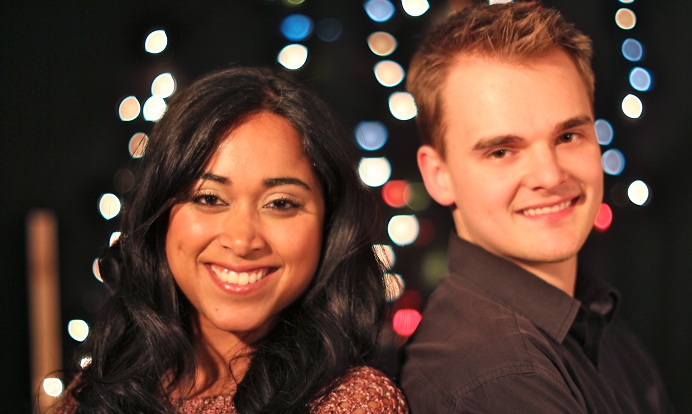 Mere Saajan Sun Sun won the People’s Choice Award for the Best Folk Fusion song. The award was collected by Neelam Chandra Saxena, as neither Shankar Tucker nor Shweta Subram were able to make it to Mumbai due to their hectic schedules and commitments in the United States and Canada.

“It’s a great honor to receive this award as a testament of people’s appreciation for Mere Saajan Sun Sun. I sincerely want to thank you and all my friends for supporting me and my career. There is a lot more to come 🙂 Keep showering your love and support!” said Shweta Subram

Congrats to the entire team! Shweta Subram and Shankar Tucker are definitely musicians to watch as these shining stars continue to sparkle brighter with each hit they create!