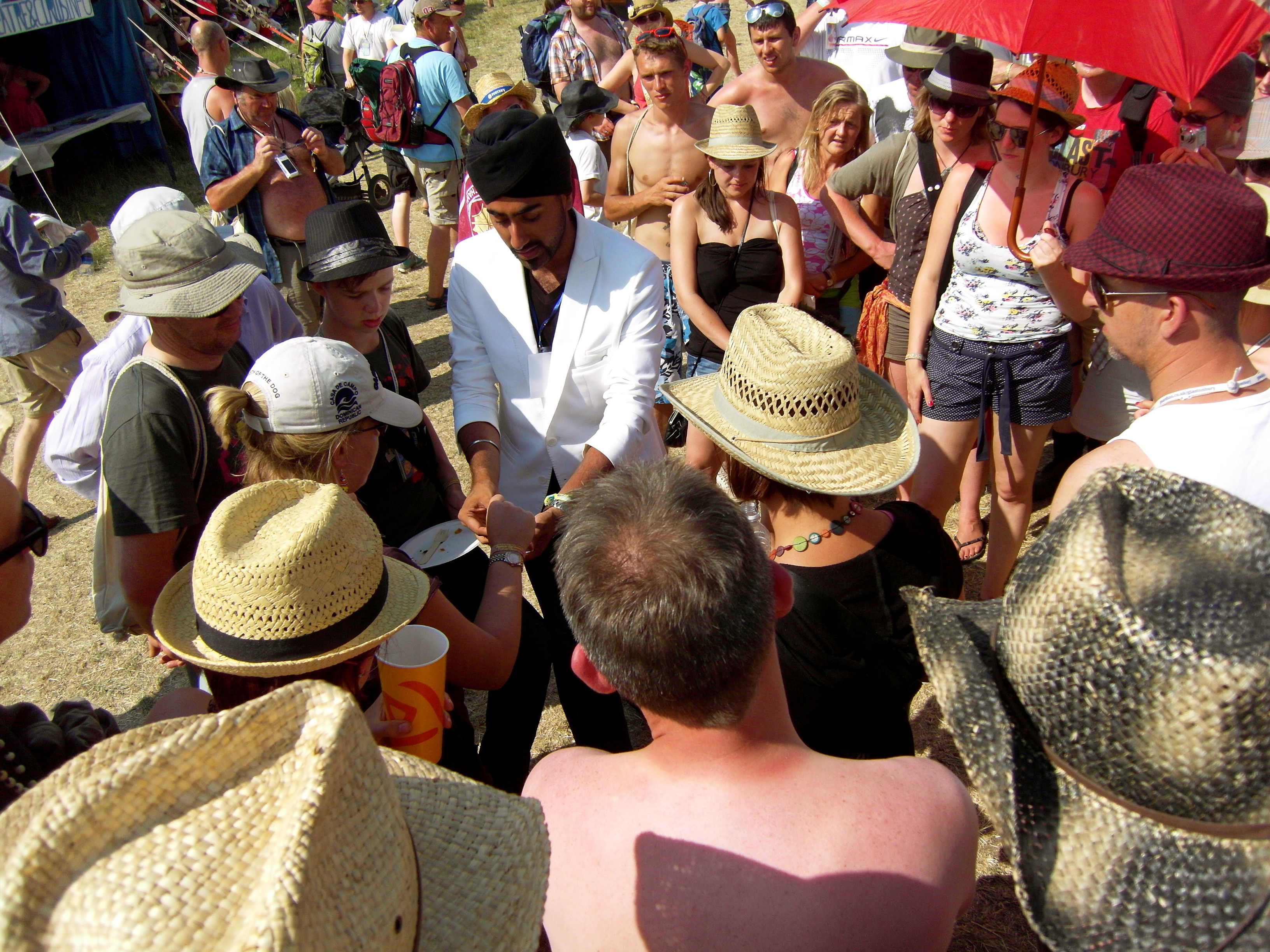 Magic will debut a 5 minute special act that has not yet been seen by anyone in the world. Magic says:

“I’m really excited as a magician and British Asian, that this will be an act people will talk about so get down to Glastonbury and join me in the Big Top”.

“Whoa whoa…how’d you that that?? This guy ain’t from this planet” – Well hearing it from that is a great statement!

Singh epitomises wondrous magical entertainment for all. Magic Singh is the stage name for Amardeep Singh Dhanjal, who started performing at the age of eleven. His talent was unmistakable and just at the age of fifteen he became a member of ‘The Young Magician’s Circle’. Truly a mystifying magician and a member of ‘The Magic Circle’, performing around the UK and the world with a unique modern style of visual magic that captivates and amazes his audience performing at close range.

Mind blowing effects include, selected cards floating out of the pack, biting through coins and cards using his teeth, producing money out of paper, chosen playing cards discovered in impossible locations, spectators’ watches appearing on Magic Singh’s arm and demonstrations of mind manipulation! We might have to see this on video as well till then keep it locked on this amazing Magical phenomenon!