Zee TV has joined hands with Ekta Kapoor of Balaji Telefilms to bring alive the epic romance of ‘Jodha Akbar.’ The magnum opus historical will capture the royal couple’s journey of love that, in fact, began with intense hatred. What started as a marriage based on political power-play evolved into something more meaningful as they went along. How Jodha’s love softened the hard edges of his fierce personality and made him a kinder, more compassionate soul forms the crux of Zee TV’s ‘Jodha Akbar.’ The show premieres on June 19 and will air on Zee TV every Monday to Friday at 8 PM. 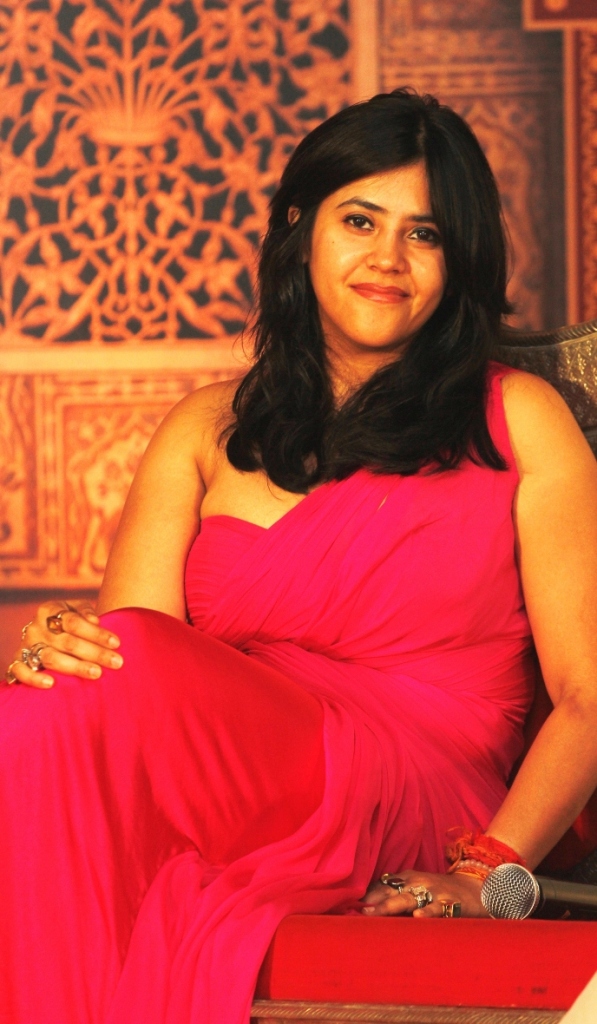 “Our experience with ‘Jhansi Ki Rani’ gives us the conviction that viewers in India are curious to know more about prominent historical figures. It was a story that was received extremely well because it was told interestingly. ‘Jodha Akbar’ promises to present audiences with Akbar’s journey from being ‘Akbar the Warrior’ to ‘Akbar the Great’. The show will highlight how it was Jodha’s love that had a calming influence on him, transforming him from a brave warrior to a benevolent king and a better ruler with great appreciation for art, culture and love for his people. The key objective is to highlight to our audiences the power of love and its significant role in making someone a better human being.”

To ensure authenticity in the presentation of India’s history, Balaji Telefilms has conducted an in-depth research to verify all facts and figures, the chronology of events and the depiction of all its characters. Minute attention to detail on aspects such as the set, costumes, jewellery, dialects and diction, traditions and rituals has resulted in an extremely authentic re-creation of the royal lifestyles of Mughals and the Rajputs. The grand scale and canvas of the show can be experienced in its magnificent set. Located in the outskirts of Mumbai, ‘Jodha Akbar’s set transports you to an era bygone as it bears a close resemblance to Akbar’s grand Diwaan-e-khaas, Diwaan-e-aam palaces and Jodha’s Mahal.

About her latest show on the channel, Ekta says,

“The story of Jodha and Akbar is an intriguing chapter from India’s history. It speaks of love in the time of hate. It is relevant and relatable to present times as well. In India, historical are more incident-based. But we are looking at the human stories, characterisations that focus on inter-personal relationships, the politics, how they think and communicate!”

Ekta traveled across the country and attended every audition personally to hand-pick the right actors for the roles of Jodha and Akbar. She even announced her quest for the perfect faces on social media. In the young and handsome Rajat Tokas, Ekta has found the ideal blend of boyish innocence and rugged manliness required of Akbar. Ekta tells us,

“For Akbar, I wanted an actor who is a boy-man. Although Rajat has the innocence of a 19-year-old, he is mature as an actor. Akbar was someone who became a soldier and a king at the age of 14 and by 17, he had already won a battle on his own. Rajat is an expert in martial arts and horse riding. So, he was perfect for me.”

Ekta went through as many as 7000 audition entries in the course of a nationwide hunt before she gave her final nod of approval to the beautiful Paridhi Sharma to play Jodha. For Jodha, Ekta reveals,

“I wanted someone who possesses the radiance and dignity of the loveliest Rajput princess Indian history’s seen. I’m told Jodha was someone whose eyes conveyed humility, simplicity, courage and conviction. Paridhi embodies everything I had in mind for Jodha!”

The ensemble cast of the show includes prominent actors such as Ashwini Kalsekar playing Mahamanga, a pivotal mother figure in Akbar’s life who saved him from the clutches of death across many a battle. Chetan Hansraj will play the role of Adham Khan, the mighty son of Mahamanga who has an eye on the Mughal throne. ‘Jodha Akbar’ is, doubtlessly, an epic drama you cannot afford to miss! Stay tuned to the show on Zee TV, Sky 788 & Virgin Media 809, every Monday – Friday @ 8pm, starting June 19.