After receiving an incredible response on the trailer of D-Day,  finally a first look at the first song of the film that has  been released called ‘Duma Dum’ which is sung by  Mika Singh,  and music is done by the talented trio, Shankar, Ehsaan, and Loy.

Duma Dam seems to be a very important role in the film as it portrays the face-off between the ‘India’s Most Wanted Man’ and Indian ‘A-Team’. 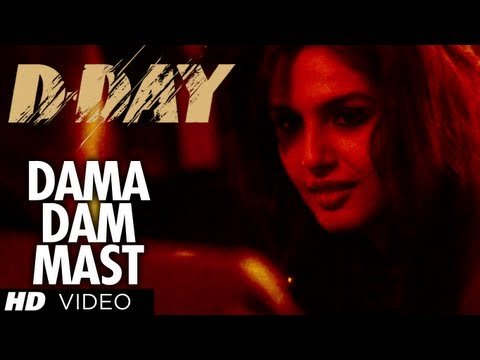 The high thriller movie is Produced by DAR Motion Pictures & Emmay Entertainment, and D- Day  is being  directed by Nikhil Advani. The movie stars  Rishi Kapoor, Irrfan Khan, Arjun Rampal, Huma Qureshi and Shruti Haasan. This high octane action thriller movie will be released on the 19th July 2013! Are you loving the track?