After returning from a long journey from Nainital to Mumbai,  Subhash Ghai had shared an experience while shooting song for the movie Kaanchi which to his opinion was a very close call! Here is what Ghai told us! 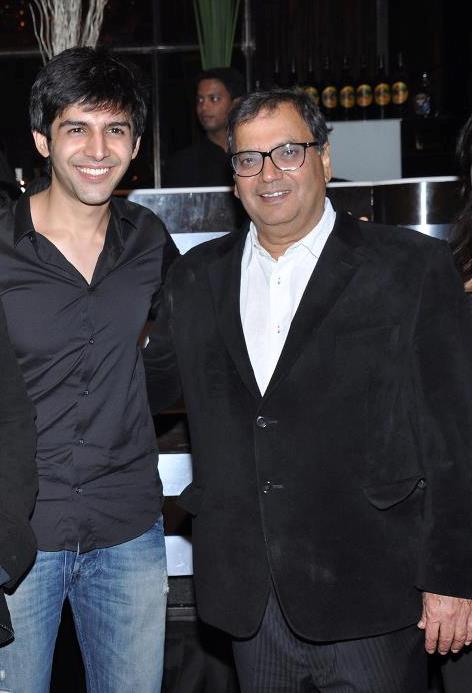 “My heart beat almost stopped while shooting for a song. Seated on the mountain’s edge, Kartik would have slipped into the deep ravine. It was a rain song sequence that we were shooting. He and Mishti, the new heroine, had to sit on different stones at the peaks of two mountains, facing each other. This was an edge of a mountain. Since this was a long shot cranes were being used and there was nobody near him. What nobody realized was that the mud stone on which Kartik was sitting on was gradually melting because of the torrential rain. The music was loud and all of us were concentrating on getting the perfect shot. Kartik realized what was happening, but being a dedicated actor, he continued with the scene. After I shouted ‘Cut’ as the scene was perfect, we saw the stone give away, and Kartik nearly slipped down. But he held on a stone nearby. When I asked Kartik why did he not called for a ‘Cut’, he said, he wanted to complete the shot. Has he fallen down it was a good 2000 feet into the valley. All of us were petrified. I must say, God was kind and saved us from a tragedy.”

Kaanchi is Produced and Directed by Subhash Ghai, which presents newcomer Mishti,  and stars Kartik Tiwari, Rishabh Sinha, Rishi Kapoor and Mithun Chakraborty. This film is to be released sometime in August!