The Bilz & Kashif, the urban/pop Canadian group, has become synonymous with chart-busting club bangers and hot electronic music.  Tracks we’ve heard in the past have featured a very interesting sound, with catchy music to complement the boys amazingly smooth voices.  “The Bilz & Kashif” made their mark in the music scene when they released their debut album in 2006 -“The Bilz.“  2007 onwards, Kashif was included in The Bilz formation.  The second album “Breaking Barriers” released in 2010 as “The Bilz & Kashif.”  Now, 3 years later, the boys are back with their third album “The Trinity.”

I do think “The Trinity” is a good album, and I’m sure fans of “The Bilz and Kashif” will appreciate it, but it is not up to the level we expect from the group.  Usually, the boys hit a home run with their music.  Their songs like “Turn the Music Up” and “2Step Bhangra”, helped push the urban desi scene to the forefront and featured a unique sound.  Compared to such amazing songs, the songs on the current album fell a bit short.  On the plus side, there are some interesting tracks on the album.  Although the beginning few songs were not as musically intriguing, things pick up on the album after Track 6.  After that point, we hear songs that are more on the level we expect from the boys.  The stand out track was “Tere Nainon Mein,” followed by “Su Kare Chhe”.

Fans of the group will definitely appreciate the album.  There is no doubt that the boys tried their best to satisfy fans by featuring 12 new tracks.  Overall, the album is worth a buy, with tracks “Tere Nainon Mein” and “Su Kare Chhe” as must haves tracks for all listeners. 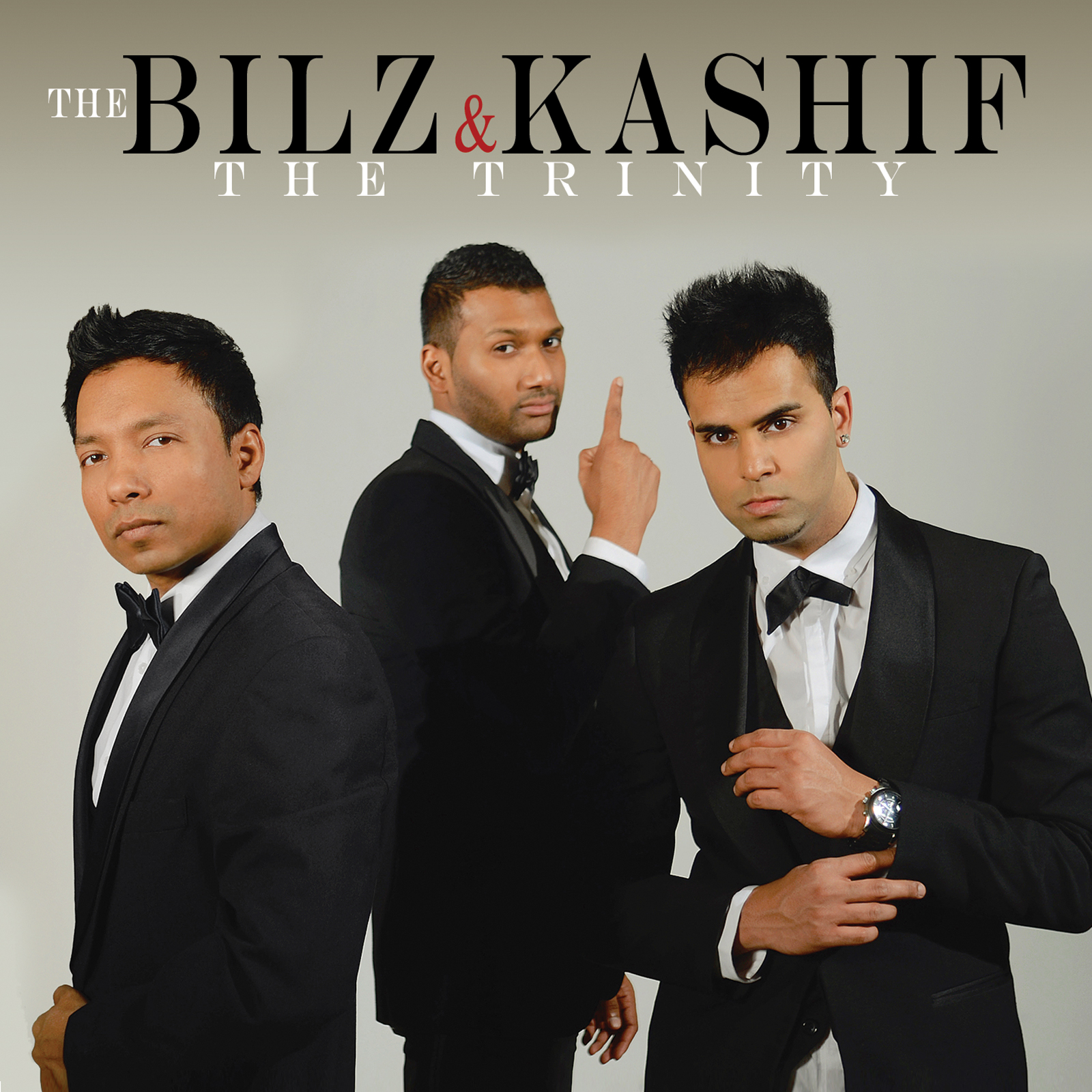 This track is not the strongest song to be released by “The Bilz & Kashif”.  The Hindi – English fusion works, and the boys do sound smooth vocally.  However, the song lyrics come across more as creepy not sexy.  The interlude also does not take the track to the next level.  I would have put this track later in the album.

A cute track, but this track is not as musically complex as some of the earlier chartbusters we have heard from “The Bilz & Kashif”.  I’m sure we’ll hear it in some clubs, but not to the extent of 2Step Bhangra, etc.  The rap portion worked well and it was interesting how they incorporated some of the names of Bollywood heroines into the lyrics.  Overall, a pretty good track.

Another okay track, but again not as musically intriguing as some of the other music the group has produced in the past.  The beat works, but the water drop sound in the background is distracting and weakens the track.   Vocally, the boys sound really good in their Hindi portions with good and clear diction. KatEyez interlude is also good.

This track felt a bit too amateur to be coming from a group like “The Bilz & Kashif”.  What might have helped the track is some more layering – additional percussion and instrumentation.  The lyrics pretty much repeat throughout the track (i.e. “I really wish I had your number”), so some additional lyrical complexity may have helped.

The music sounded a bit too frenetic for the pace the vocals are sung.  Like Track 4, this one too felt too amateur, especially with the “Jump” word being repeated so much.  It really did n’t work for the track.  Also, the Hindi-English fusion didn’t help in this track, it actually added to the chaos of the song.  At times, the music sounded like it should have been in an old school video game (maybe a desi Super Mario?)  The rap portion was good, but didn’t really work with this track.

Finally, a track that complements the quality of the group!  A very well made song.  The vocals sound perfect on this track, adding to the emotion of the song and lyrics.  The acoustic guitar intro really sets the mood and tone for the song.  The lyrics and feel of the track are both incredibly smooth.  I’m pretty sure if this song had a mainstream release in the US, it would be played at high school proms across the country.  Perhaps one of the most musically strong numbers on the album. No complaints on this one.

The song opens well and the rap interlude was good (and funny – listen to the lyrics!).   Again, I had to deduct points because it’s not as good as tracks like Track 6, and other numbers from the Bilz that we’ve heard.

“Deewana” is a very unusual sounding song right from the opening.  The beat works for the track, and the opening vocals really help create the mood of the song.  Not as strong as “Tere Nainon Mein” but still a good number.

This song is all right, but it has a ‘90s feel to it.  Felt a bit outdated in terms of sound, especially coming from The Bilz & Kashif.  However, it is sung well and vocal tone is good.

As you can tell, based on my review thus far, that I was really looking for a unique track on the album, and that’s exactly what “Su Kare Che” is.  The track has a very interesting sound. The combination of the garba beat, guitar flares, and lyrics make for a pretty cool track.

Like “Tere Nainon Mein”, “Ain’t Gonna Stop” is a well-produced track.  The boys are vocally in sync and the combination of vocals is put together well.  Plus, the music complements their sound well in this track.

If you loved the original version of this song on the album, you will really love this dance remix.  DJ A.Sen always seems to take songs to all new heights with his mixes.  The boys’ vocals are perfect in this song.  Personally, I liked the remix version better, but it’s a close call between the original and this one.  Again, no complaints on this track.