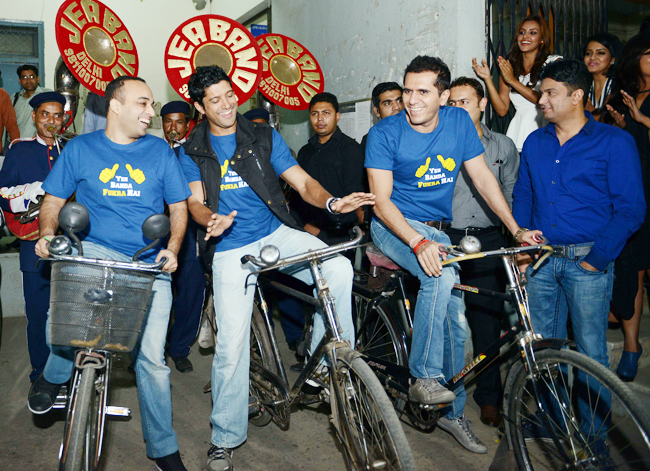 Whilst Farhan Akhtar and Ritesh Sidhwani (from production house Excel Entertainment) entered the university hall on bicycles, the four lead stars – Manjot Singh, Ali Fazal, Pulkit Samrat and Varun Sharma – made a grand and unique entrance on horseback, to mirror a similar scene in the film. The vibrant and eclectic soundtrack is by composer, musician and producer Ram Sampath, noted for his musical scores on such films as: Delhi Belly, Talaash and Khakee. 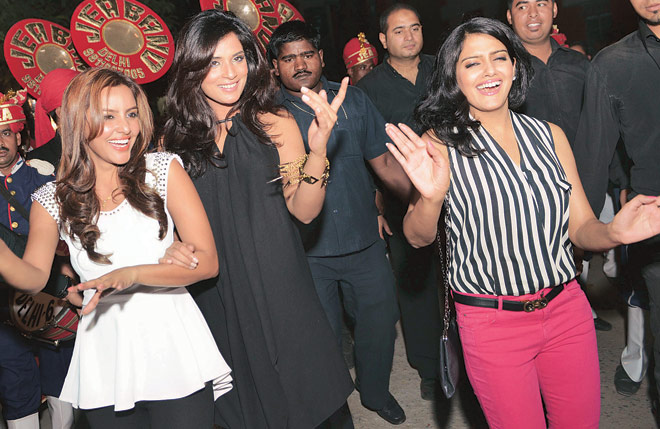 Fukrey is a twisted coming-of-age drama and deliciously hilarious tale of four young, hapless ‘nobodies’ [‘Fukreys’], running after their individual desires, brought together by one dream. Their lives are turned upside down when they chase that elusive ‘get rich quick’ scheme. The film combines the crazy antics and madcap mishaps of four loser college friends, as their paths cross with an array of colorful characters, from a tough-talking Punjabi female don to a Jugaad Baaz college watchman. Mayhem ensues with predictably hilarious and unexpected results. 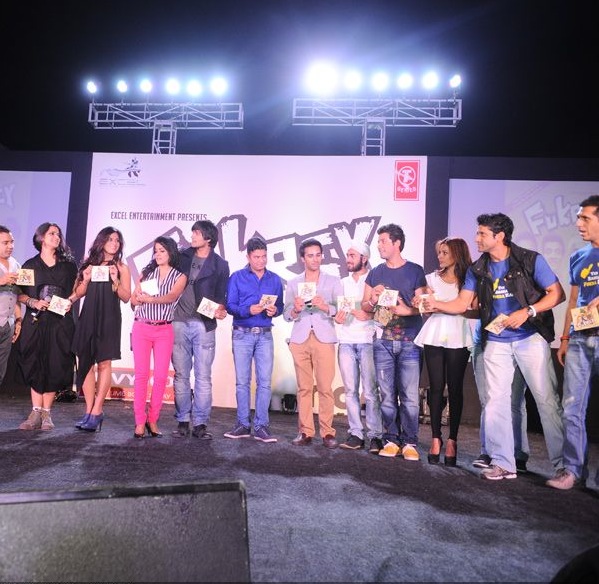 The film is directed by Mrighdeep Singh Lamba, [‘Teen Thay Bhai’], who also shares screenplay adaptation and writing credits with Vipul Vig. Fukrey will release June 14, 2013, be sure to catch it!