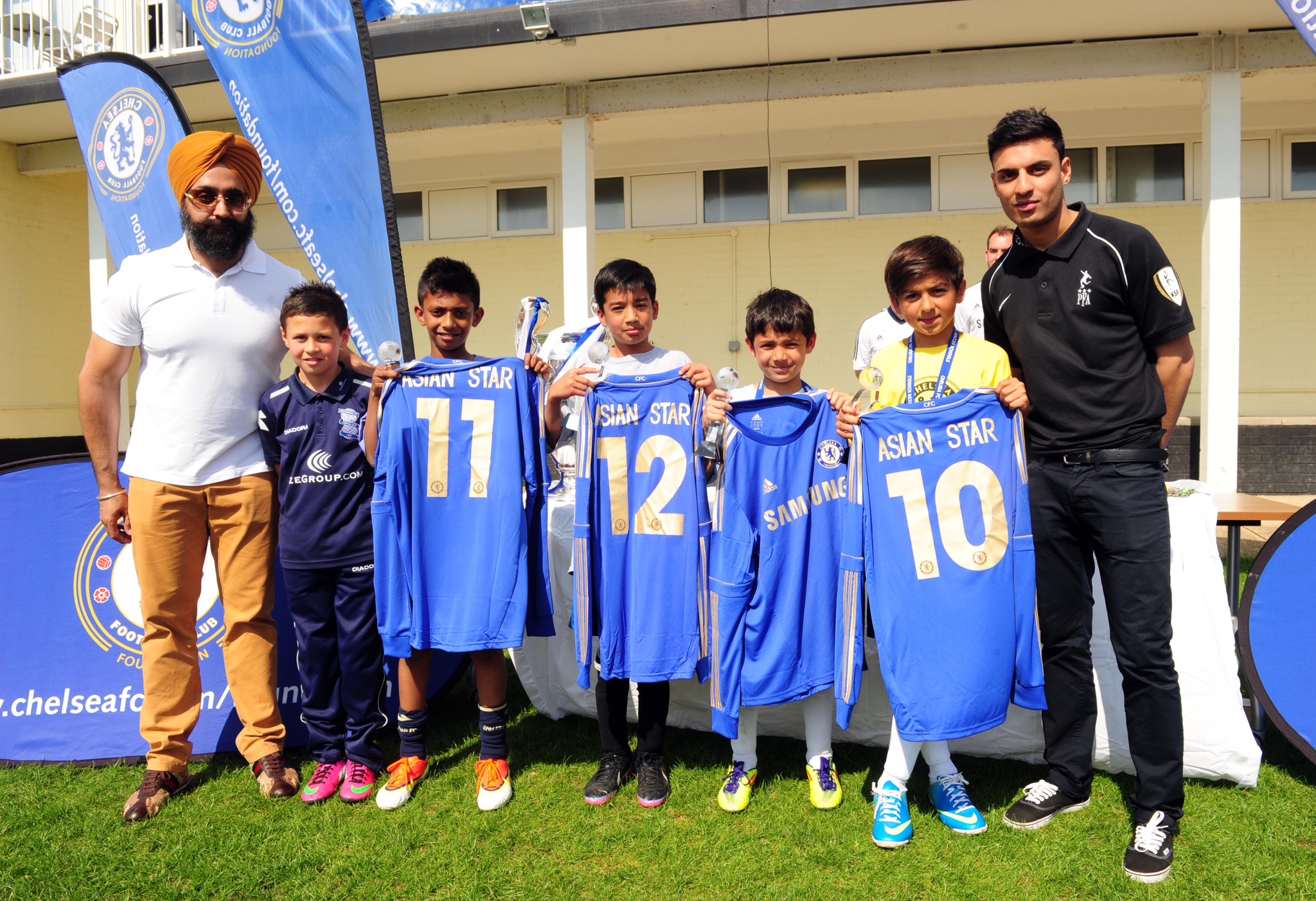 Asian Star is the first scheme of its kind undertaken by a professional club and is designed to increase Asian participation at all levels of the game. It gives the opportunity for children to compete to win a season long placement within the Chelsea FC Foundation’s Football Development Center. Nearly 400 Asian youngsters gathered at the European Champion’s training ground in Cobham, Surrey. Participants competed in under 9’s to under 12 age groups and were judged on a series of matches and tests specifically designed and used by the Chelsea Academy to examine speed, skill and ability. Arun Kang, Chief Executive Officer of Sporting Equals, said:

‘Sporting Equals are delighted to be working with Chelsea FC Foundation and supporting Asian Star 2013. There is currently an under-representation of Asian faces in football and Chelsea understands the moral, social and commercial value of growing Asian talent in the UK. Chelsea has shown their commitment to finding players from Asian backgrounds, opening up their youth programms to the whole community to increase participation at all levels of the game. Sporting Equals works across sport to promote ethnic diversity at all levels and this project can be replicated to help other sports engage untapped markets”.

A pre-event launch was set up by Sporting Equals in Southall, London which has a large Asian community, to support young players in preparation for the main event at Cobham. The pre-event also included an inspirational talk from Sporting Equals Ambassador and successful businessman, Peter Virdee. Peter Virdee said,

“Chelsea has really changed the game by opening up their training ground to give the chance for the Asian community to demonstrate their skills. I am particularly supportive of Asian Star as it not only gives the opportunity for the successful applicants to win a year long contract but also raises awareness and encouragement for the community to get involved in football alongside one of the biggest clubs in the world.”

The Asian Star initiative also aims to help address the under-representation of the Asian community in sport, by offering opportunities for the Asian community to find out about coaching and other ways to get involved in the national game. Keep it locked on Urban Asian for more updates from this amazing cause!