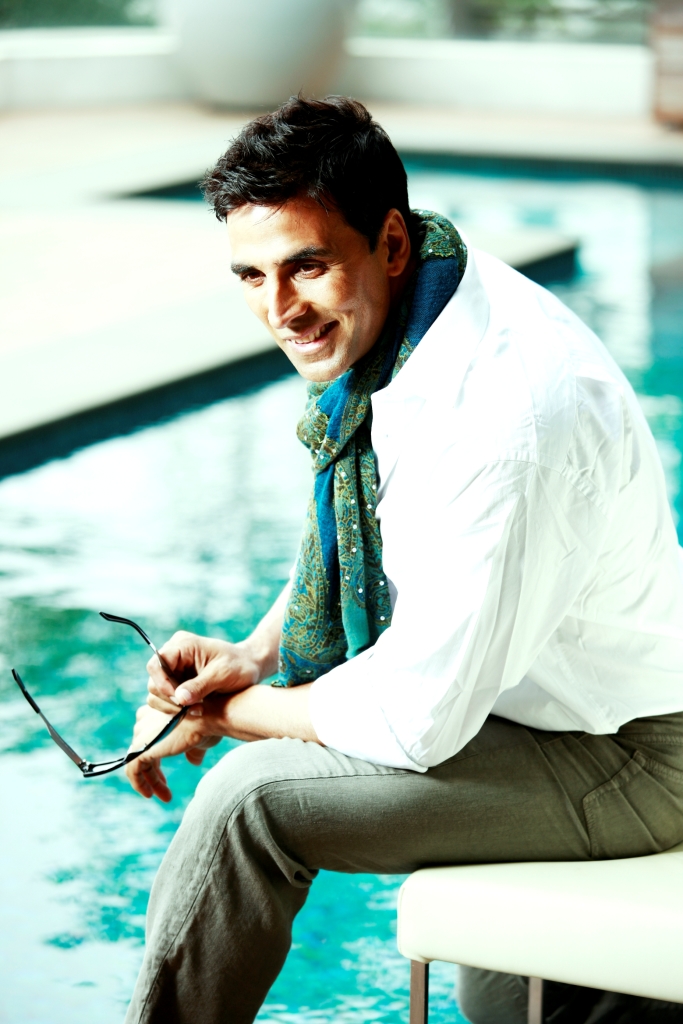 It’s great to see a father and son come together and make some magic, especially when it’s in b-town! “Like father like son” is the adage often used to outline the habits and similarities of father and his progeny! In this case it was all love and Akshay Kumar was a happy father!

In this instance, following from his father’s example, the young 11 year old son of mega star Akshay Kumar, Aarav, has been recognised as being quite the philanthropist himself.

Aarav often pays visits to the charitable institutions and donates clothes and toys to underprivileged children. The generous youngster constantly has an ear open for new social causes where his father and himself may be able to contribute. Both father and son take the time to regularly clean up their cupboards together and gather all the things that they do not feel that they need, then Aarav heads down to the local orphanage in Andheri and delivers the goods to all the children. So young but so giving – for that we salute him!

Similarly to Akshay, Aarav is extremely eco-conscious nudging everyone to plant trees, not to litter the streets and to recycle materials. When he heard about an initiative to educate poor children, he knew that his father would be interested and nudged Akshay to research more about this initiative so that he can make a contribution to fund the childrens’ education.

Although rare of someone of this age, judging by Akshay’s love for philanthropy, it goes to show that family really does set the example and Aarav is naturally following in the footsteps of his philanthropic father.

We are very proud of Akshay Kumar’s little son and this just shows no matter what age you are, anyone is able to give!