The New York Indian Film Festival (NYIFF) announced the winners of its competition categories at a ceremony at the prestigious Skirball Center, in the final event for the monumental festival, which ran April 30 – May 4.

The winners were chosen from 18 narrative, 10 documentaries (feature length or shorter) and 8 shorts from the Indian subcontinent and its diaspora.

Director Hansal Mehta took home the Best Director of a Feature Film award for his compelling film Shahid, which traces the true story of slain human rights activist lawyer Shahid Azmi. The director, in addition to receiving an award, presented an award that night, alongside Farooque Sheikh, to the Best Young Actor in a Feature Film. Suraj Negi was honored for his role as the titular character in Hansa.

Respected Malayalam cinema filmmaker/writer Dr. Biju was awarded for Best Screenplay by presenter Monica Dogra for his vision in Kashathinte Niram (Color of Sky), and the Best Documentary award went to The Only Real Game, directed by Mirra Bank, with the award presented by Sujata Thakur, Incredible India.

This year the Festival also had an award for the one-minute cell phone Bollywood short film. Created under the supervision of Professor Karl Bardosh, NYU students were tasked with creating Music Videos to popular Bollywood sound tracks, culminating in an impressive batch of viral mobile films, all in consideration for the esteemed award.

Yi Su was presented with the prize, by Professor Karl Bardosh himself, for his one-minute Gangnam/Bollywood mashup.

“We are so happy to honor these talented filmmakers for their achievements,” said Aroon Shivdasani, IAAC founder.

“These films left me thinking about its themes and subjects well after the screening itself,” commented NYIFF’s film festival director Aseem Chhabra. “This year’s line-up made it difficult to choose just one award winner per category.”

A star-studded after party, which included presenters, winners, jurors, and guests, immediately followed the awards ceremony.

Below is the full list of winners as well as the presenters who honored the recipients with an award: 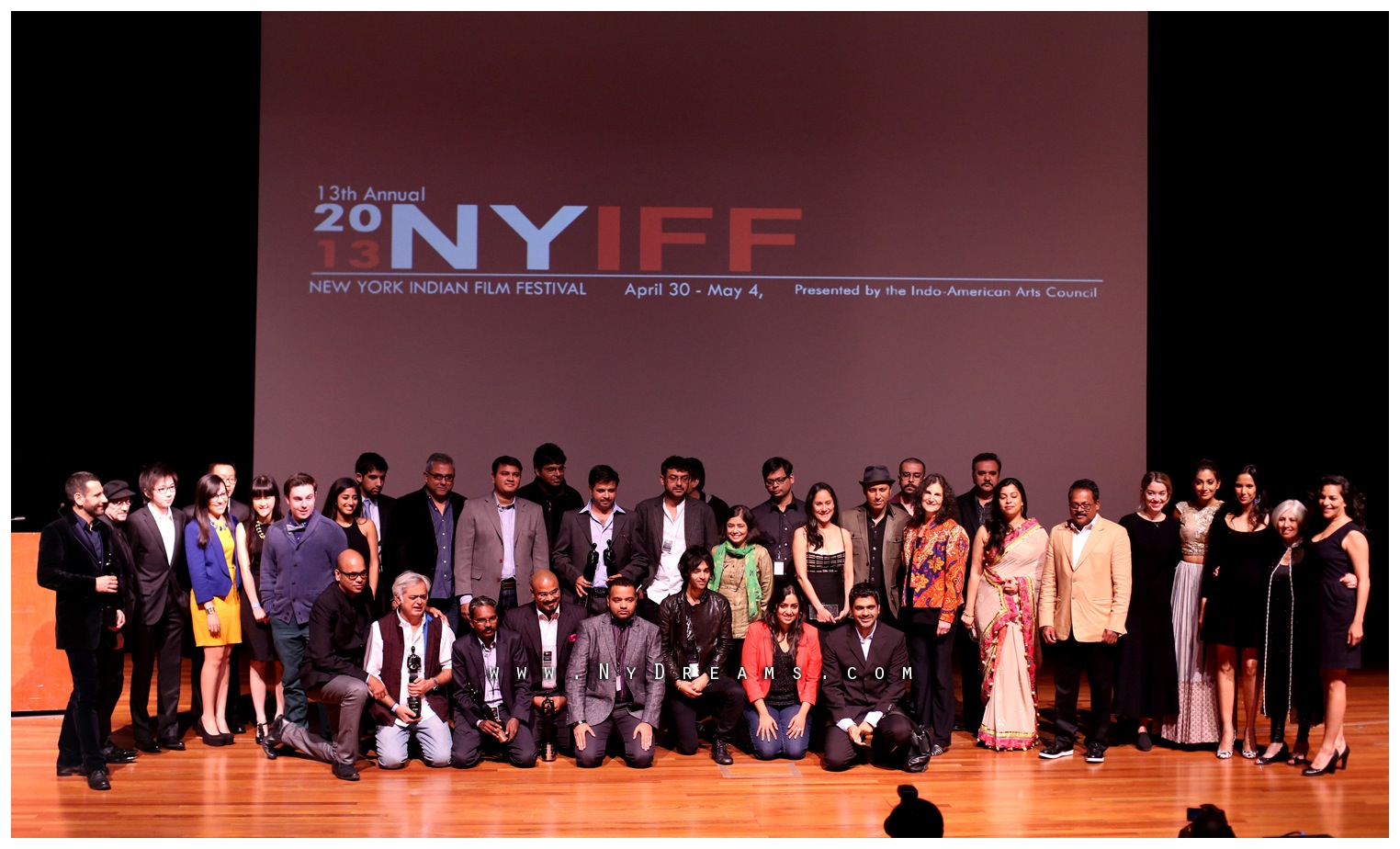 BEST DIRECTOR OF A FEATURE FILM (Narrative) – Hansal Mehta for Shahid.  The award was presented to the director by Feroz Khan and Avinash Kumar Singh.

BEST ACTOR IN A FEATURE FILM – Vikram Gokhale as Ratnakar in Anumati, winner of Best Feature Film, directed by Gajendra Ahire. The award was presented by Padma Lakshmi.

BEST YOUNG ACTOR IN A FEATURE FILM –  Suraj Negi in Hansa. The award was presented by Hansal Mehta andFarooque Sheikh.

BEST DOCUMENTARY FILM – The Only Real Game, directed by Mirra Bank. The award was presented by Sujata Thakur, Incredible India.