Sullee J is back with a new track titled “Free World,” take a listen and let us know what you think!

A combination of thumping drums and all so conscious lyrics by Sullee J equals ‘Free World.’ This track is taken to the next level were he speaks his heart out about what the world is going through not just one person but everyone in the universe. “Free World” is the hip hop anthem for freedom of speech in the 21st Century where fear is rife and deception is at large. This Anthem is much like Washington quote,

“If the Freedom of Speech is taken away then dumb and silent we may be led, like sheep to the slaughter.”

It mans opinions matter and thoughtful minded people are needed in the world for it to be run. Than “say what you wanna say.” 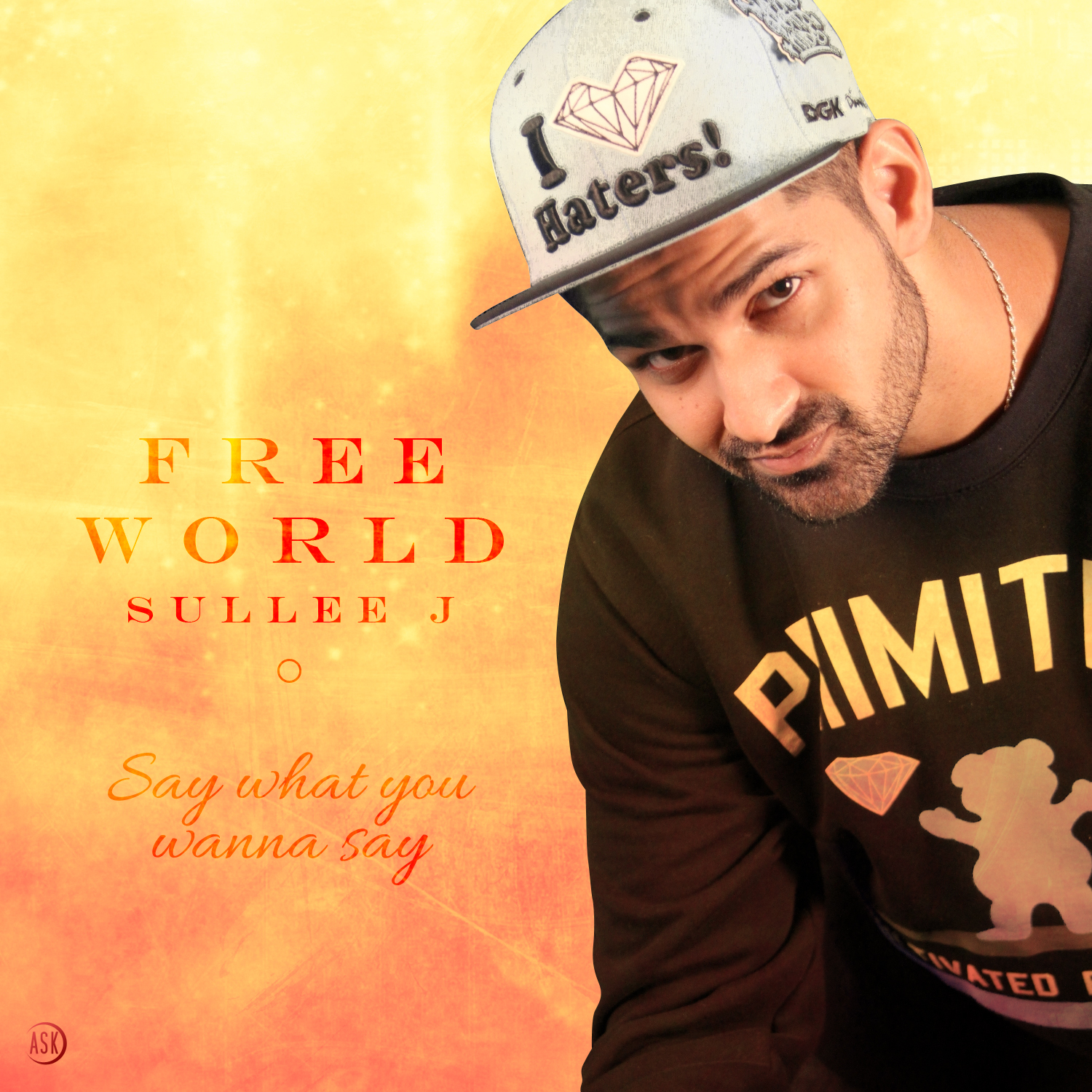 Free World is produced by budding producer ‘Lewis Cullen’ and will be on the upcoming mixtape ‘Vicegerent’ hosted by DJ Twin affiliated to Sean Kingston and more. The Vicegerent will have a host of talent such as Royce Da 5’9, Cashis, K-Rino, Kuniva and Canibus to say the least. Be sure to check out the mixtape!