After a short career in medicine, Norwegian artist John Leo has risked it all to return to his true passion: music. Now a full time musician, his new single ‘This Time Around’ seems to reflect the emotional struggle he felt when initiating this drastic change of career – “I am quitting medicine to become a full time musician. I love medicine and being a doctor, but my heart is on the stage and my soul is only pleased when I perform.”

Sparking the interest of Steff Nevers (two-time nominee at the Norwegian Grammys), ‘This Time Around’ is currently being played on national radio station ‘Radio Metro’ (one of Norway’s largest stations). In addition to this, the single has been picked up in the UK, with the single currently being streamed in major UK shops and theatres.

Interestingly, this is not Leo’s first time in the spotlight; when he was 18 he made a dance track at home on a keyboard that went on to make him a local star, with media coverage that included TV interviews, local and national radio play, and several great reviews. 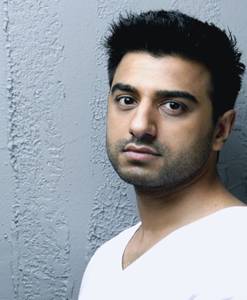 Tapping into his Norwegian and Pakistani heritage, the single combines his many influences. Collaborating with esteemed mastering engineer Tom Coyne (Adele, Maroon 5, PSY) has resulted in a sound that will appeal to fans of classic pop. Furthermore, German mixing engineer Markus Kretschmer, who has worked with artists such as late 80’s star Limahl, has also lent his skills to the track, giving it a modern pop/rock sound that could really capture the hearts of audiences today. The single evokes memories of Gary Barlow’s early works.

This Time Around’ was exclusively released in Norway in December but now, after much anticipation has been released in the UK. It is the first single released from the EP ‘Different ways’ which will be released later in the year.