The song promises to be one of the most romantic Punjabi melodies of the year. The lead pair share great on screen chemistry. The song reveals a complete different side of Sheirgill’s character as he tries to woo his lady love. With lyrics of Kumaar, ‘Tere Bina Din Mere” has been sung by Feroz Khan. The music of the film has been composed by Jaidev Kumar. 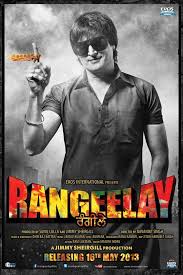