PVR pictures has released the “Now You See Me” movie poster in India! Starring Jesse Eisenberg, this film is an interesting mix of magic and thriller. 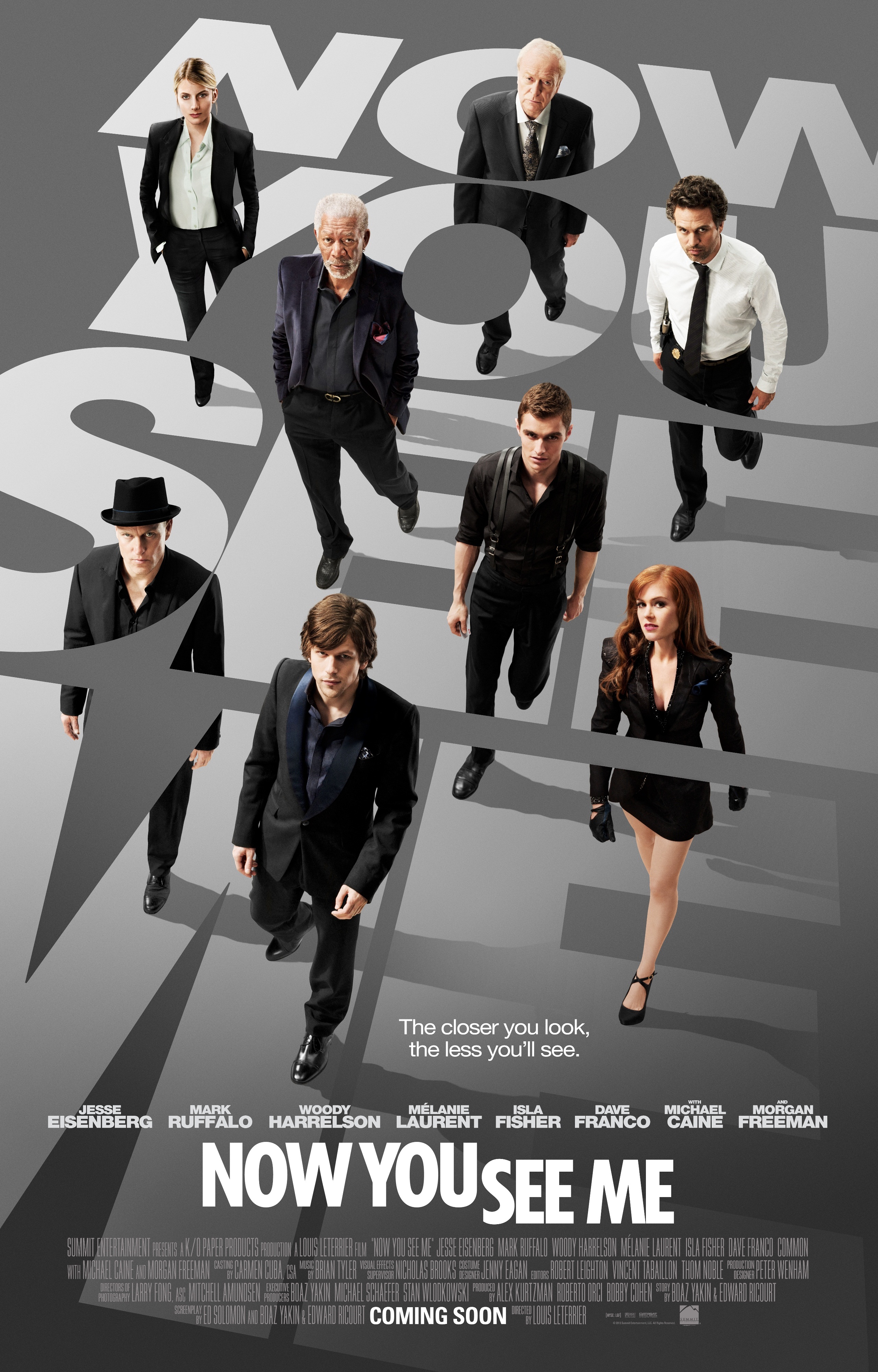 Directed by Louis Leterrier of “The Incredible Hulk,” “Now You See Me” follows an elite FBI squad as they face off in a game of cat and mouse against “The Four Horsemen,” a super-team of the world’s greatest illusionists. These illusionists use their talents to pull off bank heists during their performances, and reward their audiences with money.

With a cast that includes Jesse Eisenberg, Mark Ruffalo, Woody Harrelson, Melanie Laurent, Isla Fisher, Dave Franco, Michael Caine and Morgan Freeman, it is no wonder that this movie has already become one of the most awaited movies of the year.

What do you think of the “Now You See Me” poster and story line? Will you be checking it out when it is released? Drop us a comment and let us know what you think! Don’t forget…”the closer you look, the less you’ll see.”