The verdict for Rohan Sippy’s ‘Nautanki Saala!’ is out. Reviewers as well as audiences have liked the film and the fact that it has risen above the recent times slapstick comedy. They feel it is clean comedy and a complete family entertainer. It doesn’t give you the typical double meaning dialogues and one liners. 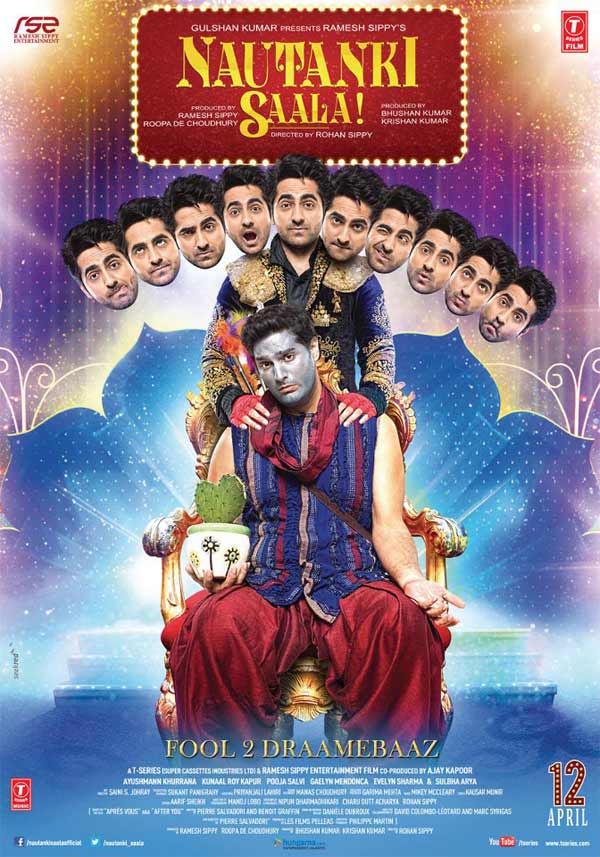 “This is no Shakespearean act, but there’s enough drama, demons and devtaas to rival our desi phantoms of the operas.”

“Rohan Sippy’s ‘Nautanki Saala!’, with its robust desi twist to a very Gallic idea, has the feel of an oasis in the desert. It ultimately turns out to be just a mirage, but all said and done its idiosyncrasies have the heft to lift the film high enough and keep it afloat all the way through to the end.”

“Nautanki Saala!’ is uncontaminated, witty and amusing, offers an interesting premise with plenty of good laughs. A lightweight fare that caters to cineastes with an appetite for contemporary cinema, this movie ought to be on your ‘to watch’ list for sure!”

“The humor is “relatively subtle; it relies heavily on some smart lines and funny set-pieces rather than the plausibility of the situation the characters find themselves in.”

Well, we are sure these reviews are a reason for celebration for the entire cast and crew of ‘Nautanki Saala!’ Check out the trailer and make sure to watch it in theaters. Ayushmaan get’s his Natuanki on in this movie for sure!