They say no pain, no gain. I guess for on actor it’s a no pain, no gain deal! Mithun Chakraborty had to put up with hours of discomfort for wearing facial prosthetics for Subhash Ghai’s upcoming film. What more! Without complaining about his pain, the jovial veteran actor even took time out to crack jokes with his crew.

“Thanks to the complicated prosthetics, it would take hours to fit them on Mithunda’s face for the villain’s role. It was not easy and proved to be uncomfortable and even painful for the actor.” 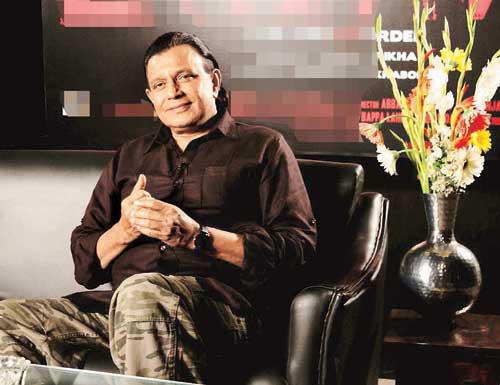 “It took me almost a month to finalise Mithun’s look. But he patiently sat with us to get into the character. He had to sit for long hours to get the desired look and I must tell you it was very painful. The entire crew used to be in splits when he cracked jokes after all this. It’s not easy to crack jokes when you are in pain but that shows what a fine man he is!”

Apparently with his act, Mithun even inspired the younger newcomers in the film.
Kaanchi is slated to release on 30th August starring Mishti and Kartik Tiwari. Music by Ismail Darbar, Salim and Suleiman! We are looking forward to seeing Mithun back on screen! Are you? Be sure to check out the film releasing this year!