Sunidhi Chauhan is no doubt one of my favorite singers from the modern era.  I would say, she is the Asha Bhosle of our era due to her versatility and charisma.  She is one of the few singers we have who is an all-around talent.  That is, Sunidhi has an amazing voice, can dance, act, do mimicry, and most importantly, can deliver power-packed performances and can really sing!  So, I was extremely excited and had high expectations for the Krazy 2 concert in Connecticut (sponsored by Nanking Entertainment) featuring Sunidhi Chauhan and Ali Zafar, live in concert at Foxwoods’ MGM Grand arena.  Thankfully, I was not let down.  It was a truly “paisa-vasool” (i.e. you’ll get your money’s worth) concert! 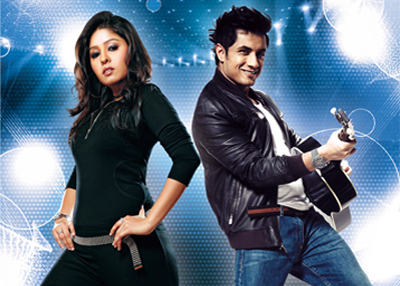 What surprised me was just how well organized and arranged the show was.  The show began only 8 minutes late, which by Indian standard time, is incredibly punctual!  After catchy performances by local dance troupes (one by “Purvi and Prachi’s Dance Crew” and the other by “Dance with Mahi”), the show was set to begin.  Indian Idol 5’s Rakesh Maini kicked off the show singing a few Bollywood hits like “Challa” from Jab Tak Hain Jaan and “Desi Boyz” from Desi Boyz, among others.  He did a good job, but of course, the audience was waiting for Sunidhi to take to the stage!  Surprisingly, the audience didn’t have to wait too long as after a brief intro from the host and a snazzy intro clip, the glamorous Chauhan took the stage.

As the spotlight fell on Chauhan in the middle of the stage, the audience couldn’t help but cheer.  Of course, we all wondered what she’d start of the show with, and it turned out she knew just how much the audience loved her energetic numbers.  The first song of the night was Sunidhi‘s powerful dance track “Aisa Jaadu Dala Re” from Khakee.  Without taking a break, she went on to sing for an hour and half straight!  Yes you read that right – an artist actually stayed on stage without taking breaks or allowing lesser artists to kill the time!  Watching the show live, you’ll wonder how and where she got so much energy to dance and sing live!  I was impressed that she didn’t rely on lip syncing at all!  Sunidhi was truly able to connect with the crowd as she followed up the amazing live rendition of “Aisa Jaadoo” with other dance hits including “Dhanno” from Housefull, “Halkat Jawani” from Heroine, “Ainvayi Ainvayi” from Band Baaja Baraat, “Radha” from Student of the Year, and so many more.  She truly set the stage on fire with her sizzling performances!

What added to the fact that Sunidhi is truly Queen of Singing is that she didn’t just sing her dance hits, but also masterfully weaved in her slow jams like “Ishq Sufiana” from The Dirty Picture, “Bin Tere” from I Hate Luv Storys, and also incorporated her latest hit “Yaaram” from Ek Thi Daayan.  Not to mention, she wasn’t scared to sing tough songs like Lata Mangeshkar’s “Baahon Mein Chale Aao” live.  Sunidhi truly proved her versatility!  Watching the show one will be even more impressed to know that she doesn’t even have formal singing training!

After around an hour and a half (or more) into the show, Sunidhi’s set finished and singer/actor Ali Zafar came on.  Having been spoiled by Sunidhi with so many hit numbers, the crowd continued to crave more Chauhan.  Zafar did what he could.  He started with singing some old songs like “Roop Tera Mastana” from Aradhana and even did “Jailhouse Rock” by Elvis.  All the ladies truly appreciated his performances, but soon shouts for Sunidhi to return could be heard in the crowd.  Ali did a decent job, but couldn’t seem to charm the audience as easily as Chauhan did, despite the fact that he jumped off stage to interact with audience members in the back of the stadium.  He seemed to lack the electric stage presence that Chauhan is gifted with.  Regardless, he did a great job singing and sang “Channo” (the song that catapulted him to fame) as well as “Madhubala” from Mere Brother Ki Dulhan.  I have a feeling that he had a longer set planned, but once the shouts for Sunidhi took over, he cut his set short (20-30 min set) and gracefully exited after singing and dancing to “Madhubala”.

Shortly after, Sunidhi returned to stage (this time for a shorter time 30-40 min) to the resounding applause of the crowd.  This time she sang “Te Amo” from Dum Maro Dum, sang a very unique version of “Beedi” from Omkara, “Be Intehaan” from Race 2, “Desi Girl” from Dostana, a duet with Rakesh of “Disco Deewane” from Student of the Year, and a couple other songs before finishing up.  Her performances brought the crowd to their feet, and she genuinely seemed surprised and pleased that she got a standing ovation for her live renditions.

The night ended too early, it seemed, but it was memorable indeed!  No doubt, this was one of the best Indian concerts I’ve been to.  Organization was spot on, MGM Grand had perfect audio/video/lighting, and the performances by Rakesh, Ali, and of course, Sunidhi were all worth watching live.  Rakesh and Ali, perhaps because they are still in the fledgling phase of their careers, still have a lot to learn, but did a great job nonetheless.  However, there is no doubt that Sunidhi stole the show with her captivating singing!  A true legend, who will leave an impact in Bollywood for years to come.  They really should have named this show “Breathless”, since that is what it will leave you!  Overall, it was a perfect show and worth watching live!

Sunidhi Chauhan striking a pose with the dancers!

Ali Zafar belting out a ballad.

Sunidhi kicks it up a notch in her second half.