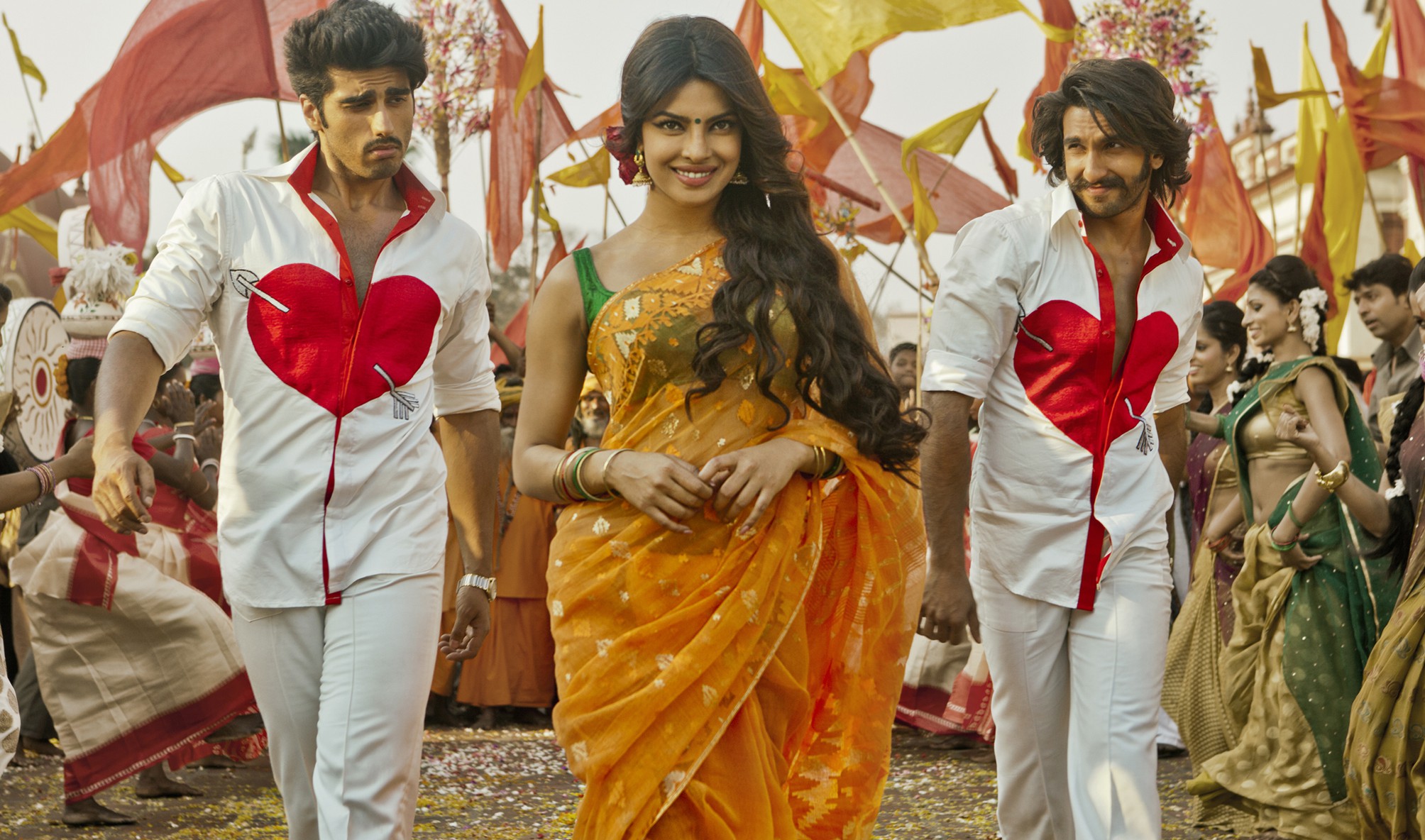 The film stars Ranveer Singh and Arjun Kapoor, as Bikram and Bala, along with Priyanka Chopra and Irfan Khan, in lead roles. Based in Calcutta during its most unsettled times in the ‘70’s, the film deals with the inseparable life of Bikram and Bala, who grew from being small time, inconsequential coal thieves, to becoming the most powerful black marketing mafia-men. A story of two happy-go-lucky renegades who came to be known as – Gunday!  Be sure to celebrate this Valentine’s Day – Gunday style!