After receiving an incredible response on ‘Slowly Slowly’ and ‘Khoon Choosle’, the Go Goa Gone team has launched the much awaited music album. Saif Ali Khan along with the entire team of Go Goa Gone was present at the event which took place at Enigma, JW Marriot in Mumbai. 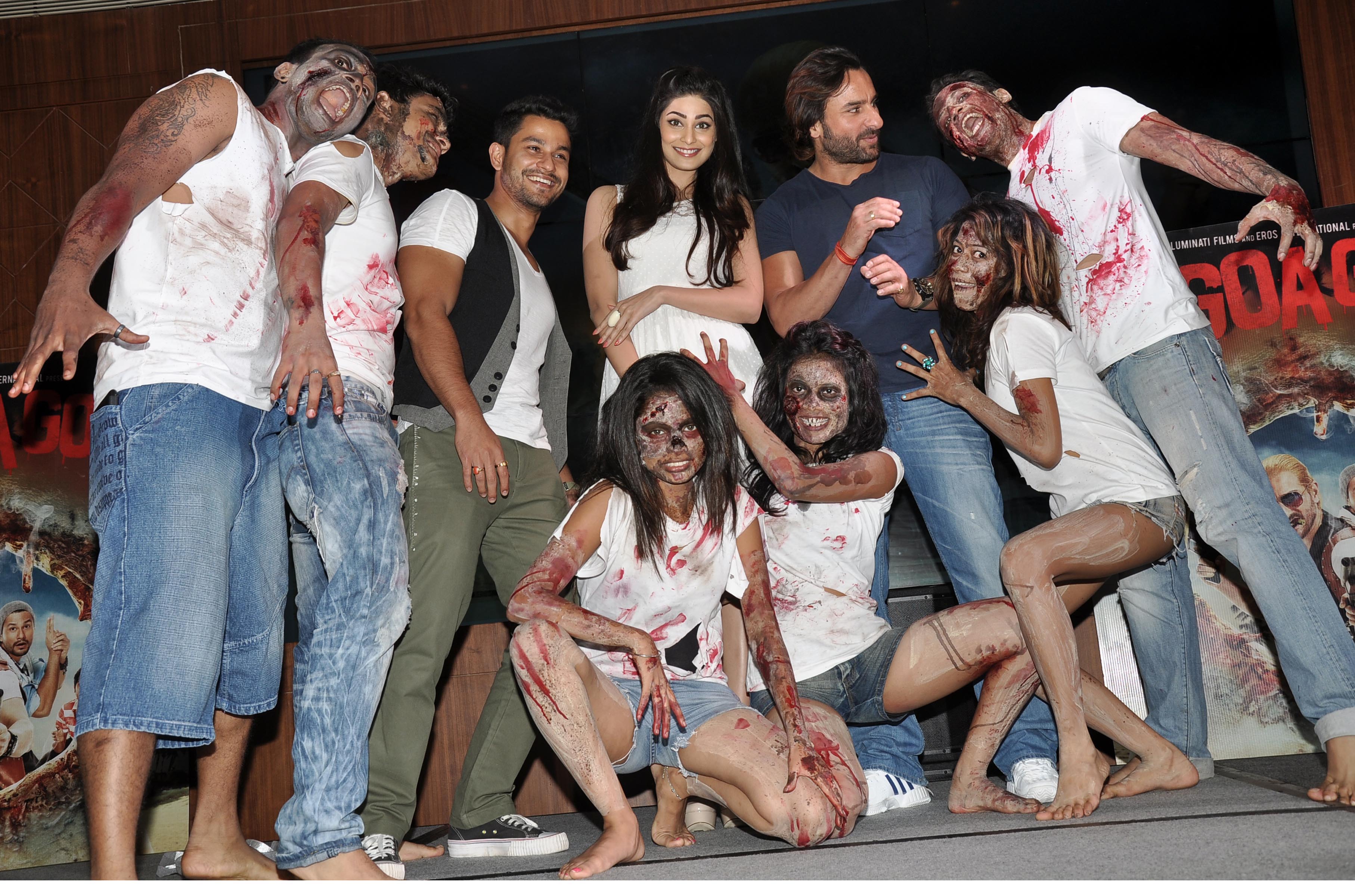 The event kick started with the music duo Sachin – Jigar and singer Priya Panchal performing the chart buster ‘Khoon Choosle’. Audiences were in for a surprise as Zombies took over the stage. Following which Priya Panchal took the centre stage with ‘Khushamdeed’ which is originally sung by Shreya Ghoshal, later the talented singer went onto sing the famous ‘Slowly Slowly’ song. Further, while performing ‘Babaji Ki Booti’ the duo invited Kunal Kemmu and the directors to perform along with them.

Audiences were left spell bound as they enthusiastically cheered them. This was followed by the entire cast and crew making a grand entry to the stage and unveiling the music album.

The music of the film is going to be an assured rage among fans with its catchy beats, quirky lyrics and foot-tapping melodies. Directed by Raj Nidimoru and Krishna D.K. this will be  India’s first zombie comedy Go Goa Gone will hit the silver screen on 10th May.

The music launch of was a fun affair. It was unveiled at Enigma, Hotel J W Marriott in Mumbai on 18th April 2013. Actors that attended were Saif Ali Khan, Kunal Khemu, and Puja Gupta along with the director duo Raj Nidimoru and Krishna DK, music directors Sachin and Jigar, lyricist and singer Priya Panchal and the producers Dinesh Vijan and Sunil Lulla also marked their presence. There was live performance by the ‘zombies’ and Priya and music directors Sachin and Jigar at the music launch but the highlight of the evening was the jam session of Kunal, Sachin- Jigar, Raj & DK on Babaji ki Booti.

There are 5 tracks in the album namely – Slowly Slowly, Babaji Ki Booti, I Keel Ded Peepul, Khoon Choosle, and Khushamdeed. Priya and Amitabh Bhattacharya have penned the lyrics.

The Zombie comedy is slated to release on May 10, 2013. Check out the trailer for the upcoming film!