English Vinglish has done it once again making big rounds around the world! This time in Hong Kong!  Yes you read correctly, EV has made a breaking record in a foreign country where Bollywood is loved!

It has done approximately US $ 200000 Box office in Hong Kong where Eros released it last month which makes it the second most successful Bollywood film in HK territory till now, only after 3 Idiots! English Vinglish was subtitled in Cantonese & English for Hong Kong release. The film released in 7 screens in HK with 29 shows a day, this is the widest release any Indian film has ever got in HK. 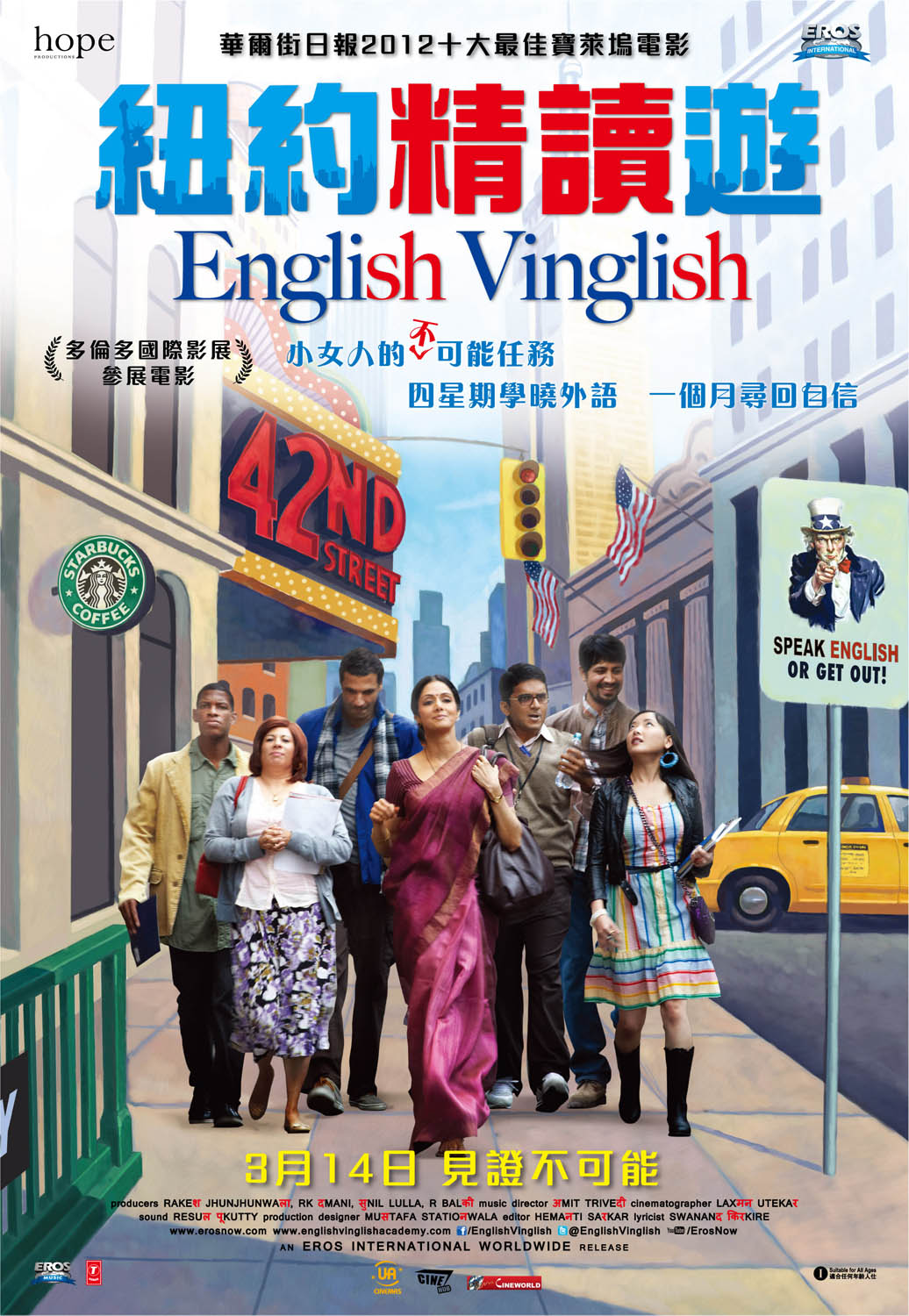 What’s also interesting is they are also screening the film at ‘The Directors club’ screen, which is like Red lounge and Hindi films are not released in these screens ideally. It’s great that Indian films are getting recognized and accepted worldwide for their versatility and content. English Vinglish with its universal theme has been widely appreciated.