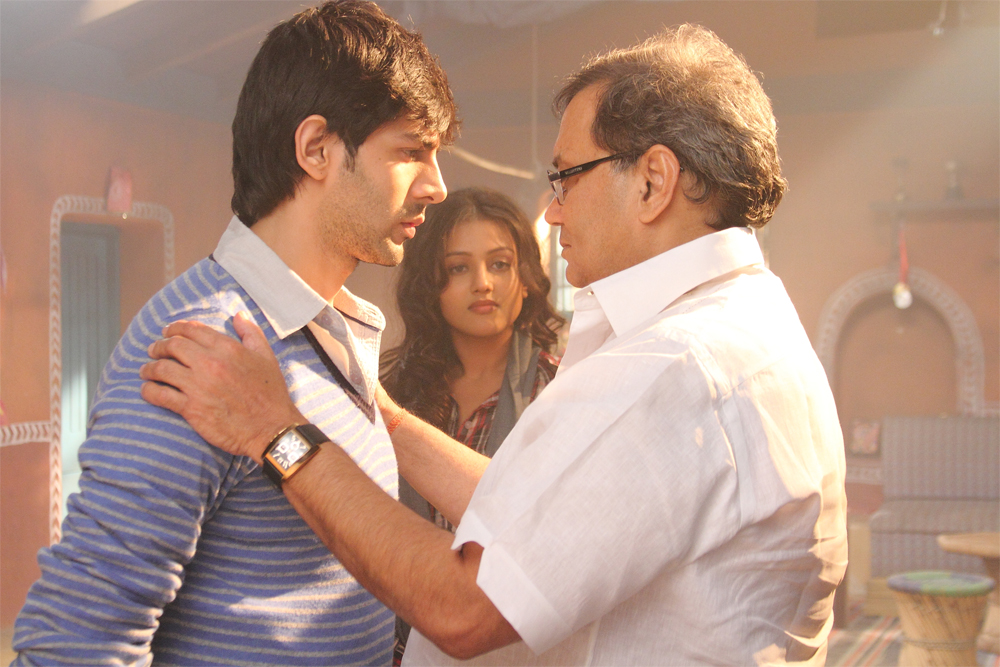 The Kaanchi unit which is currently in the picturesque locations of Ranikhet, did not brace themselves for one kissing scene that would eventually go into 37 retakes.

A scene in the film required Mishti to lock lips with the hero, Kartik Tiwari. Associate Director Anshuman Jha, pulled up the two for not kissing with full passion and true love. He further said that Subhash Ghai is someone who will not move his ground until he gets something done perfectly. After a continuous 37 retakes, Subhash Ghai was satisfied with the shot in the way that Mishti truly stood out. She is being adorned and complimented by the entire unit for being the most magical face by anyone in the industry.

Kaanchi is an upcoming Bollywood musical thriller directed by Subhash Ghai, releasing in August 2013. Ismail Darbar and Salim Suleman have contributed to the tunes of the film. The film also stars Rishi Kapoor and Mithin Chakraborty. So many shots for one kiss, I am sure these two enjoyed each others locking lips!