Deepika Padukone was a part of the IPL opening ceremony with her performance on some of the biggest songs of 2012, from her film Cocktail. This year is going to see Deepika Padukone in four big films. With grueling shoot schedules, it becomes very difficult for actors to take time off for anything else. And when they do, they usually prefer relaxing or spending time with family and friends. But Deepika Padukone is quite the exception! 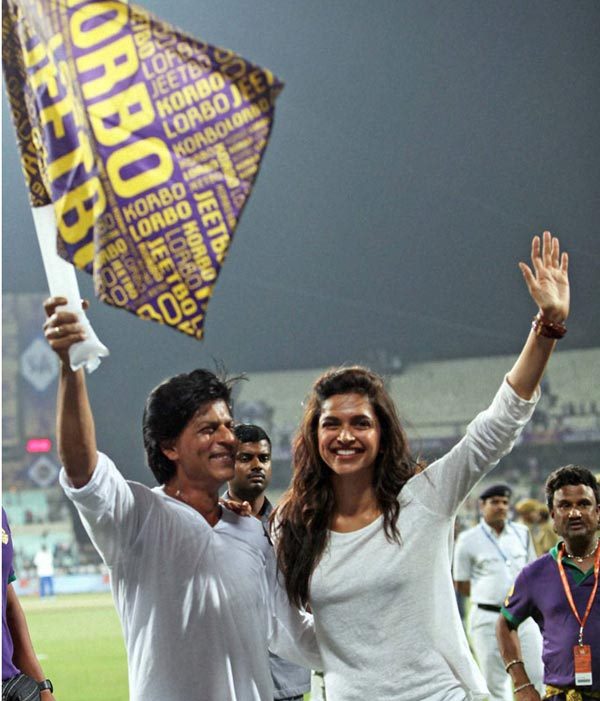 The actor recently flew to Kolkata to perform at the opening ceremony of the 6th Indian Premiere League. Padukone kick-started the opening ceremony followed by performances by Katrina Kaif, Shah Rukh Khan and international artiste Pitbull. After setting the stage on fire at the IPL, the actor flew to Mumbai the next day and shot throughout for her upcoming project. Apparently, Deepika Padukone flew back to Kolkata after the shoot wrap-up just to attend the first match of IPL. The actor was seen cheering at the stadium, as she closely followed the match.

Her presence at the debut IPL 2013 game has been attributed to the gratitude she feels for SRK. Ever since her debut opposite him, we’ve seen Deepika Padukone always be there to support her good friend. Her regard for the superstar is probably the reason she flew back to Kolkata, to cheer for his team! So sweet!